For centuries Venice has been an important retreat for Renaissance humanists, English gentlemen on the Grand Tour, leading intellectuals, artists and poets, many seduced, of course, by the remarkability of the city, but also by its pioneering art scene. An art scene that is one of the few things to have continued to evolve despite existing in a city seemingly trapped in a time, a ‘living museum’ where little has been altered since the 19th-century.

Venice is one of those truly rare cities where famous masterpieces can still be witnessed in situ. You can experience the work of great masters without stepping foot in a museum, whether the paintings of Tintoretto in the marvellously ostentatious Scuola Grande di San Rocco or the altarpieces of Bellini in San Zaccaria and Titian in the Basilica di Frari.

However, for a city bursting at the seams with monumental art and architecture, there are still countless museums worth dedicating your time to. Many of these museums are housed in old extravagant palazzi or ex-scuole so often you’ll find the surroundings rival the works of art themselves. If you are staying in one of our luxury villas near Venice or Verona, why not pay a visit to some of our favourite art galleries in the floating city.

Meet the Renaissance Masters: The Accademia

If you only visit one museum in Venice 一 and we cannot stress this enough 一 make sure it is the Accademia. Located in the artsy Dorsoduro district on the Grand Canal, the Accademia is home to some of the city’s most prestigious works of art. Entire walls are dominated by the tremendous narrative paintings of Gentile and Giovanni Bellini, Paolo Veronese, Vittore Carpaccio and Andrea Mantegna. Paintings that have come to define Venice at the height of the Venetian Republic.

Venice, one of Italy’s Renaissance capitals and a worthy rival to cities like Florence, has produced some of the world’s greatest artists. The style of the Venetian School directly reflected the distinct, cosmopolitan culture of the maritime Republic and the immediate influence of the Byzantine Empire. It was an innovative and pioneering style of art that was rich in colour and naturalism, unique to central Italian counterparts. The Accademia houses such an incredible collection of these paintings all under the same roof.

The building itself is also fascinating, which was once the Scuola Grande della Carità, so expect some lavish interior decoration and paintings by Titian that still exist in situ. The museum has undergone significant refurbishment as well, with upgrades to the main exhibition spaces. It will be hosting a major retrospective exhibition of the contemporary artist, Anish Kapoor’s work in 2022 to coincide with the Venice Art Biennale.

The American and European Modernists: The Peggy Guggenheim Collection

The Peggy Guggenheim Collection in Venice is housed in an incomplete, single-story, 18th-century palazzo, which was once the famous heiress’s home. The Palazzo Venier dei Leoni has a past as eccentric as the artistic circles Peggy Guggenheim mixed in. Legend has it that the palace takes its name from the lion that once prowled the central courtyard, now a peaceful sculpture garden. From 1910 to 1924, the palace was home to a wealthy Italian heiress, Marchesa Luisa Casati Amman, who often shocked people with the pair of cheetahs she paraded around on a leash. 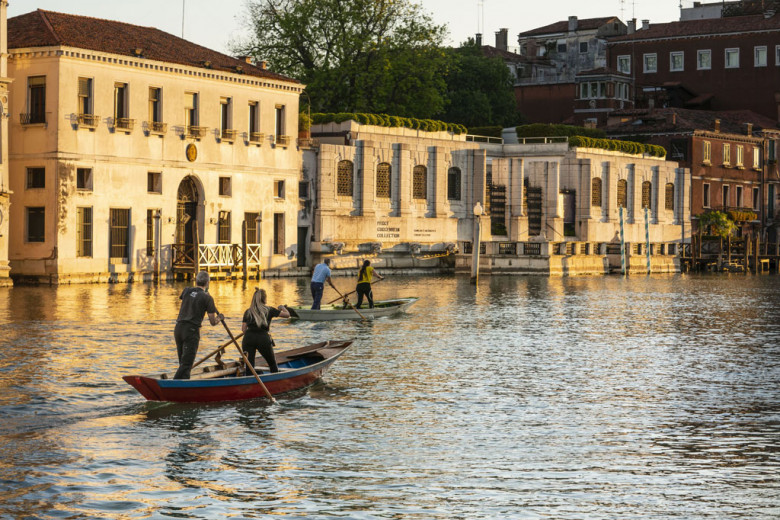 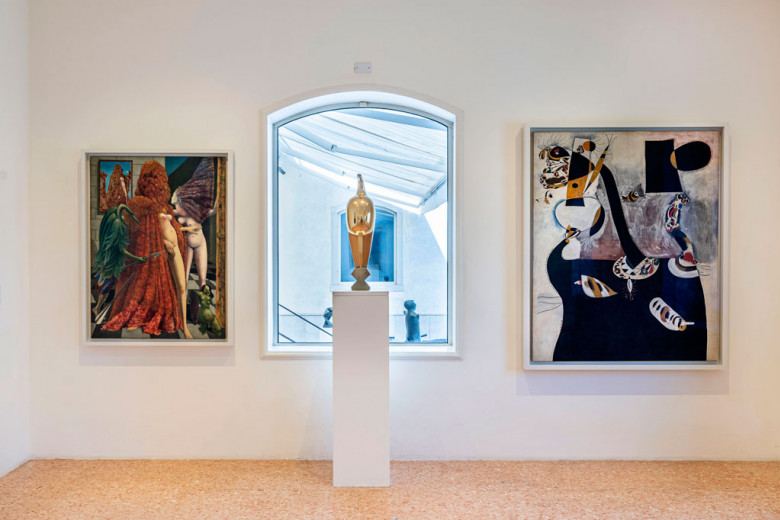 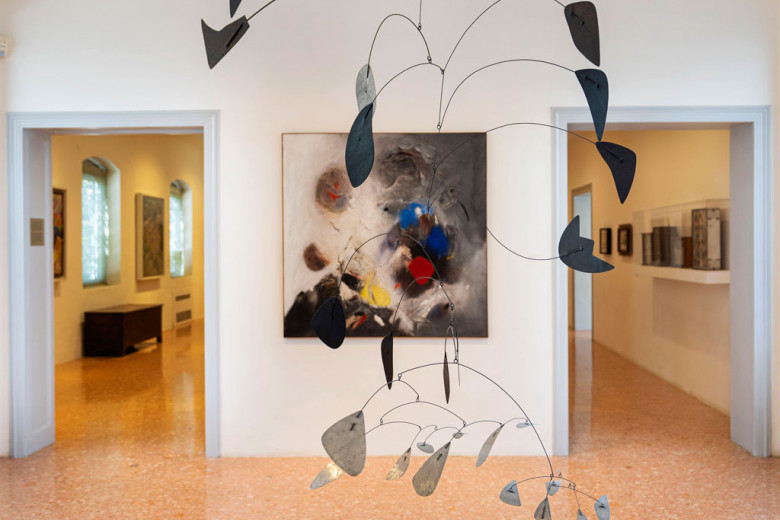 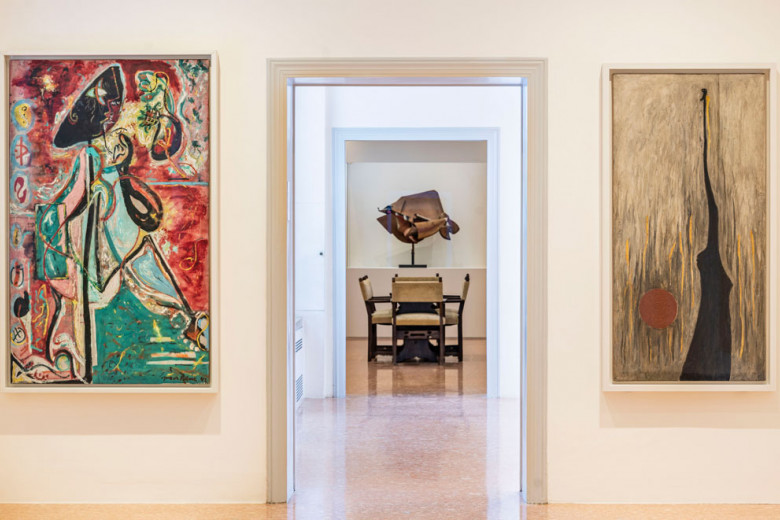 The front terrace overlooks the Grand Canal, offering breathtaking views of the Ponte dell’Accademia and Santa Maria della Salute. Here you will find Marino Marini’s “Angel of the City”; a rather provocative piece, it is said that on feast days, Peggy Guggenheim would unscrew the sculpture's phallus to spare passing nuns the view on their way to the Piazza San Marco.

Contemporary Art at the Punta della Dogana & the Palazzo Grassi: The Pinault Collection

François Pinault is a leading collector of contemporary and modern art, amassing one of the world's most important collections. Since 2006, he has brought these artworks to Venice, first to the 18th-century Palazzo Grassi, then to the Punta Della Dogana, Venice’s 15th-century naval customs house. Both of these incredible spaces are situated on the Grand Canal and both are well worth visiting even if contemporary art is not to your taste. 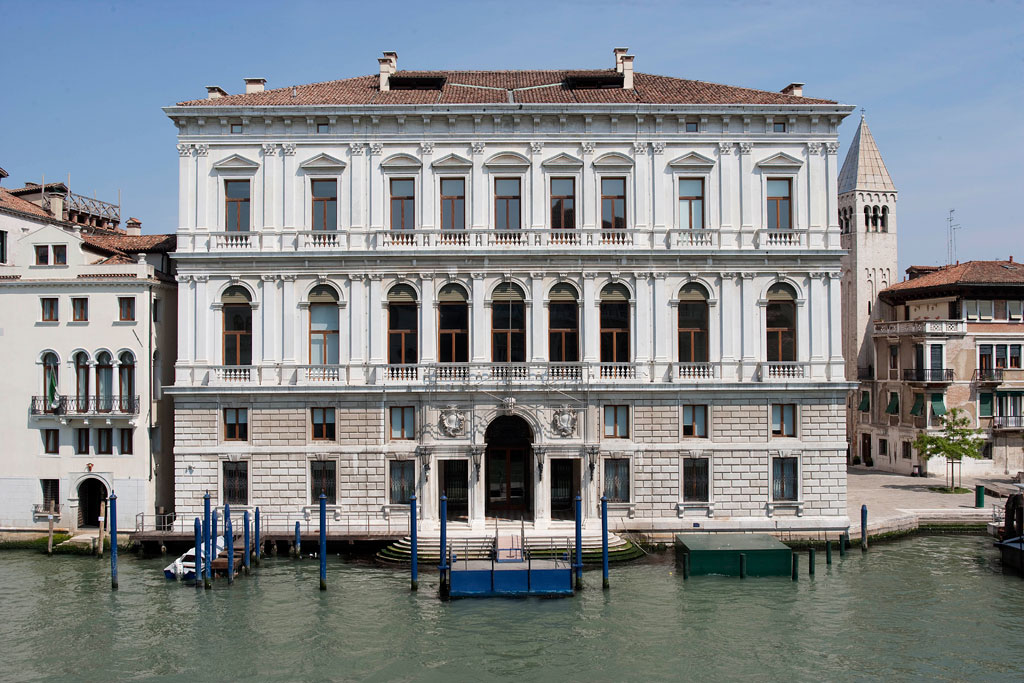 Temporary exhibitions by leading contemporary artists like Damien Hirst and Luc Tuymans have been hosted across the two sites. With the help of expert curation, these have always very sympathetically and tastefully interacted with the historic buildings and their monumental scale. 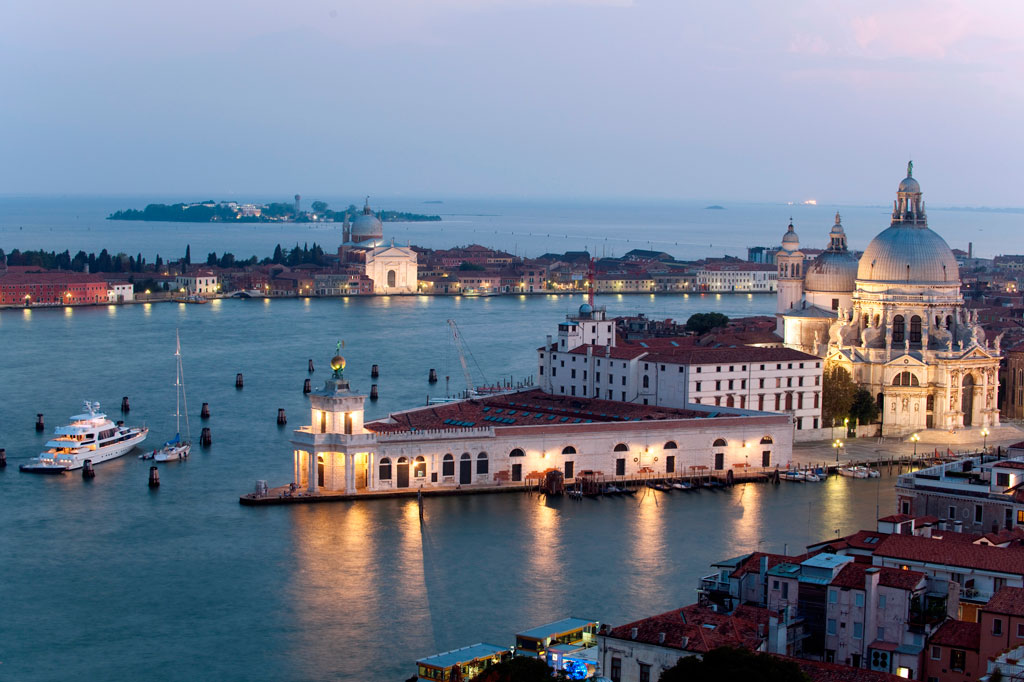 If you intend to visit all three museums we have listed here, be sure to look into the Dorsoduro Museum Mile first. This integrated museum itinerary will allow you to access Accademia, Peggy Guggenheim, Palazzo Grassi, Punta della Dogana and Palazzo Cini at discounted prices.

This medieval palace, a stone's throw from the vibrant Campo Santa Maria Formosa in Castello, once belonged to the Venetian Doge, Antonio Grimani. It’s undergone several lavish renovations since then, including the construction of a monumental staircase, complete with gilt stucco reliefs and allegorical frescoes.

The palace is worth visiting for the Tribuna (“Domus Grimani”) alone, which was designed to resemble the Pantheon in Rome. It is flooded with natural light, from the single window at the top of the domed ceiling. The building is rich with classical motifs and includes artworks by the likes of Giorgione, Titian and Veronese.

This lavish Baroque palace on the Grand Canal in Santa Croce is home to an extensive collection of modern Italian and European artworks from the 19th and 20th centuries. The upper floors are also dedicated to the city’s Oriental Art Museum with a fascinating collection of artworks and intricate objects from Japan, China and Indonesia.

The building itself still maintains original features, like vivid frescoes, glass doors, which flood the exhibition spaces with plenty of natural light, beamed ceilings and gorgeous, Venetian, terrazzo marble floors. The first two rooms in the main art museum are dedicated to modern Venetian and Italian artists, but with notable works by the likes of Gustav Klimt, Giorgio Morandi, Henry Moore and Auguste Rodin, there is plenty here to rival that of the Peggy Guggenheim Collection.

For anyone interested in the early 1900s to 1920s fashion and design, the eclectic Palazzo Fortuny is well worth a visit. Built in the mid-15th century by the Pesaro family, this Venetian-Gothic palazzo is now dedicated to the paintings, photography, textiles and designs of Mariano Fortuny. The Spanish fashion designer transformed the palazzo into his home and personal atelier in the 1900s and the museum offers a refreshing alternative to the kinds of art you might usually expect to find in Venice.

Sumptuous fabrics, textile designs inspired by ancient motifs and ethereal, romantic dresses are among the items on display here. The interiors are warm, inviting, eccentric and theatrical; the kind of space that makes perfect sense in a city like Venice.

If you enjoy the eclectic collection here, you’ll also appreciate the Fondazione Querini Stampalia near the Palazzo Grimani, another underrated house museum in Venice. The lower floor of this cultural institute has been redesigned by architect, Carlo Scarpa and is also home to an impressive library.