History (& Where to Find It)

We created these pages to help you really Discover Italy. Journalists Donald Strachan, Steve Keenan, Jasmine Boni-Ball, Sara Sherwood, Sabrin Hasbun, Alicia Peacock, Chloë Sibley— who visit several times every year — have gathered a rich crop of local stories and written destination guides to help you make the most of your vacation. As they say in Italy, “Buon viaggio!” 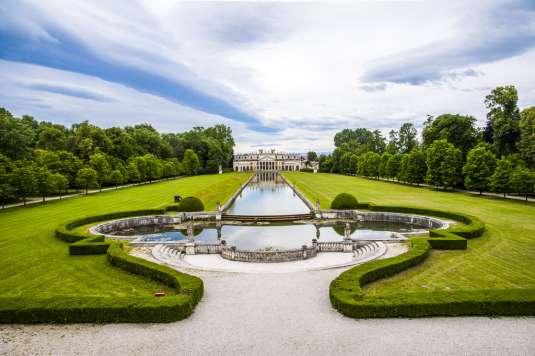 A Guide to the Venetian Villas of the Riviera del Brenta

Venture into the countryside around Venice and you will discover elaborate farming estates and grand country palaces built by Venetian patriciate families between the 15th and 18th centuries. These Venetian villas were intended as both economic counters to the city and idyllic escapes from metropolitan life; not to mention, they were very public displays of wealth.
Read Full Article 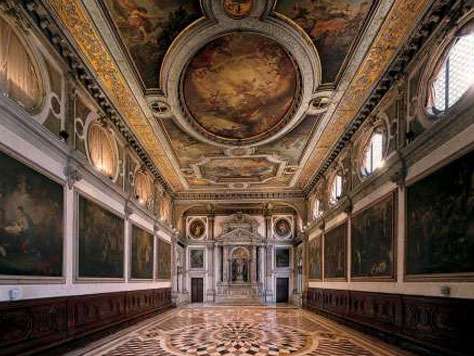 A Guide to the Scuole Grandi of Venice

Perhaps you’ve heard of the Scuola Grande di San Rocco ─ it is probably up there on most people’s lists of the best things to do in Venice beyond Saint Mark’s Square. It’s also one of 7 Scuole Grandi in Venice, each a monumental feat of art and architecture, each an important relic from the Venetian Republic’s hey-day. But what are the Scuole of Venice and what makes them so unique to the city?
Read Full Article 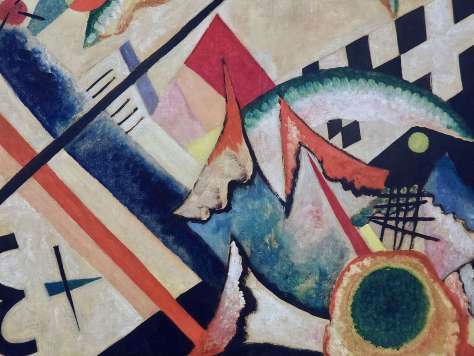 Our Favourite Art Museums and Galleries in Venice

Venice is one of those truly rare cities where famous masterpieces can still be witnessed in situ. You can experience the work of great masters without stepping foot in a museum, whether the paintings of Tintoretto in the marvellously ostentatious Scuola Grande di San Rocco or the altarpieces of Bellini in San Zaccaria. However, for a city bursting at the seams with monumental art and architecture, there are still countless museums worth dedicating your time to. Many of these museums are housed in old extravagant palazzi or ex-scuole so often you’ll find the surroundings rival the works of art themselves.
Read Full Article 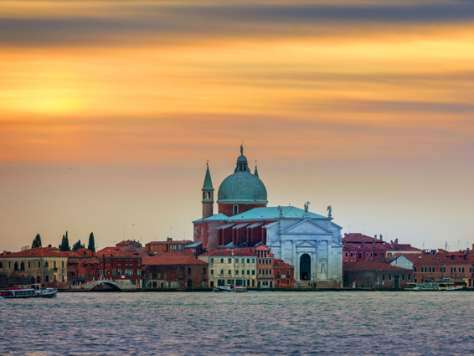 Visiting the Churches of Venice

Venice is one of those rare cities where many famous altarpieces and Renaissance paintings can still be appreciated in situ. The city’s many churches — from the iconic and ceremonial to the entirely unassuming and underrated — are the keepers of great, sacred and sometimes secret masterpieces.
Read Full Article

A Guide to Treviso

Just 26km from Venice, Treviso is a city often overshadowed by the iconic status of it’s neighbour. An underrated gem, this walled city is characterised by the Sile river meandering through it’s centre, medieval gateways, cobbled streets, elegant palaces and frescoed churches. An intricate network of scenic canals adorned with modern art installations weave through the historic centre and have earned Treviso the title of ‘Little Venice’.
Read Full Article 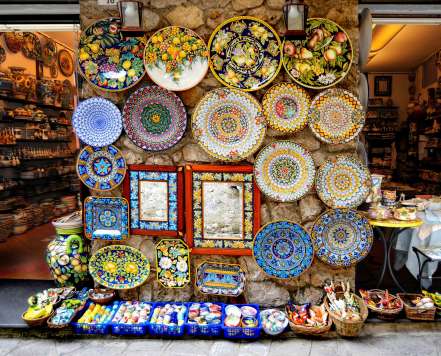 Broaden your horizons beyond Florence and Chianti and head west towards the coast for an afternoon in Montelupo Fiorentino. This hilltop town, renowned for its Chianti wine and ceramic production, is located on the banks of the Arno river, under an hours’ drive from Florence. While it is becoming less of a secret to tourists, Montelupo Fiorentino’s local charm and character make it the perfect getaway for art lovers, especially for those with an interest in discovering Tuscany’s ceramic capital.
Read Full Article 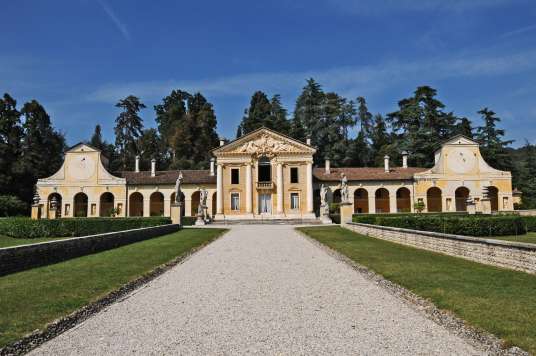 A Guide to the Best Palladian Villas in Veneto

Regarded as one of the greatest architects of 16th century Italy and one of the most resoundingly influential figures in Western architecture, the Veneto’s countryside is brimming with Palladio’s famous designs. From his acclaimed La Rotonda in Vicenza to his first ever commission at Lonedo, this guide has attempted the almost inconceivable task of narrowing down the best Palladian villas worth visiting.
Read Full Article 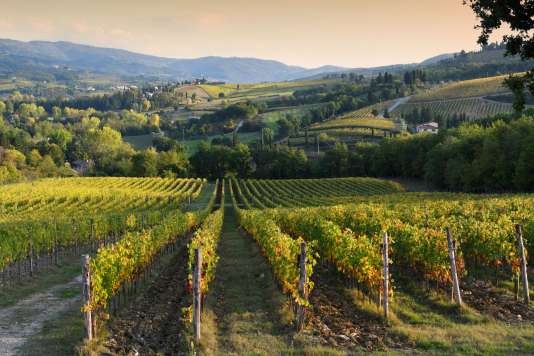 This fascination with Chianti is not a recent trend. As a matter of fact, this region of Tuscany has bewitched many historical figures and celebrities in the past. Discover the famous lineage of visitors that were charmed by Chianti — you will be surprised to see whose steps you are following.
Read Full Article 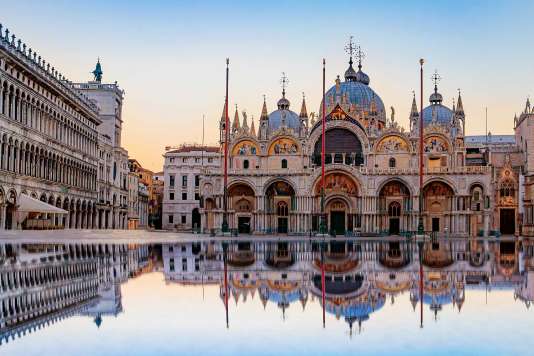 Italy’s 7 Most Beautiful Cathedrals and Where to Visit Them

Italy has the highest number of UNESCO World Heritage Sites in the world. It’s no surprise for a country that counts the Duomo di Firenze and Basilica di San Marco amongst its cultural and historical monuments. Discover 7 of Italy’s greatest cathedrals now.
Read Full Article 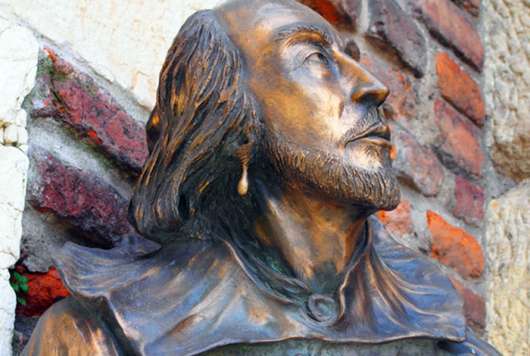 Was Shakespeare ever in Italy?

Shakespeare’s plays are pinnacles of English literature, and include many Italian locations. But do these places suggest only Shakespeare's vivid imagination, or might they prove personal knowledge of Italy? Could the son of a Stratford glove-maker have written plays about a country he’s unlikely to have visited? Or is another hand behind the masterpieces? We consider the evidence from areas near our villas in Italy.
Read Full Article 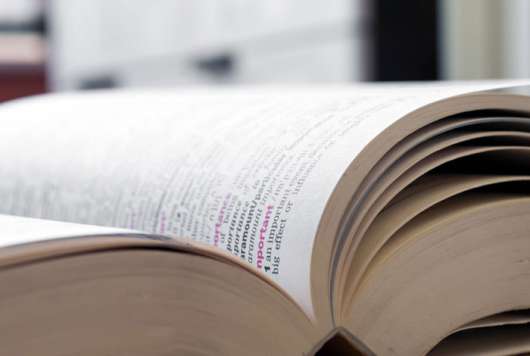 Italian still varies widely depending where you visit, including in Tuscany. During the medieval and Renaissance periods, this dialect shaped standard Italian spoken today. Modern Italian is mostly Tuscan. But how did this Tuscan dialect come to be? We fill in the blanks, and then suggest a few words of modern Tuscan slang to use when you're there.
Read Full Article 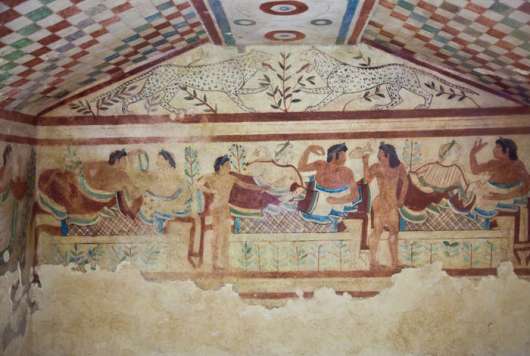 The Etruscans & What They Left Behind in Tuscany & Umbria

When you travel around central Italy, you will encounter remains of the ancient Etruscan civilisation. These were the people who left their name to the region of Tuscany, after all. The trouble is, they didn’t leave much else, either there or in neighbouring Umbria and Lazio. So much of their culture was destroyed or assimilated by the Romans... but not everything. Our short guide gives some background on these mysterious Etruscans, and explains where you can see their best archaeological sites.
Read Full Article

An A to Z of Famous Tuscans

Tuscany gave us the Renaissance and the modern Italian language. The region's inhabitants invented banking and issued the first European currency. Did we mention landmarks in painting, sculpture, architecture, philosophy, science and more? We introduce 16 of our favourite historical Tuscans. Have you heard of them all?
Read Full Article 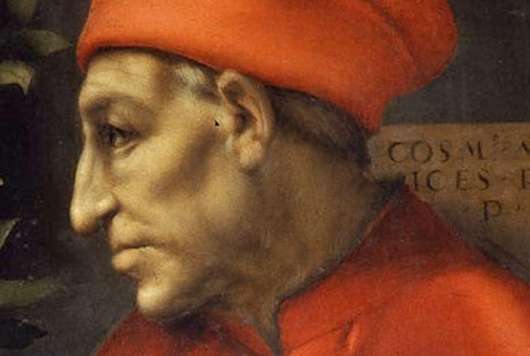 We're huge fans of the Netflix show, "Medici: Masters of Florence". Do you wonder how close to the truth was season one's story of Cosimo de' Medici and his powerful Florentine family? Or how accurately the show portrays life in 15th-century Florence? And where can you visit today to see the landscapes and locations from its hit first season? We give you the lowdown.
Read Full Article
Searching for your villa