Gary Arndt is a man on a mission. He is a travel blogger and photographer, and has been on the road for the past decade. One of his interests is UNESCO World Heritage sites: there are more than 1,000 and Gary has visited 335 of them. You could say he is a fan.

He has visited Italy several times. As of July, 2017, there were 53 UNESCO World Heritage sites listed in Italy, more than in any other country (although it will be overtaken by China in 2018). Seven sites are in Tuscany: only Lombardy has more in all of the regions of Italy.

Unsurprisingly, Gary has visited all the the main city sites in Tuscany. Here, we take a look at his musings on each, accompanied with the official, historical take from UNESCO.

If a visitor staying in one of our Tuscany villas has time to visit just one of the sites, which would Gary recommend? “It would have to be Florence. There is just so much there. Were they not listed together, they could probably justify two or three World Heritage Sites in the city. I am also a big fan of San Gimignano and its towers. It is a unique story and history which you cannot find anywhere else.”

Whether you’re in one of our villas near Florence, Montepulciano villas or San Gimignano villas, there’s a UNESCO World Heritage Site just a short drive away.

The historic centre of Florence

Gary: “I didn’t know a lot about Florence before I arrived, other than it was the seat of the Renaissance. I found it to be my favorite city in Italy.

“Piazza del Duomo marks the spiritual centre: this is where you will find the Cathedral of Santa Maria del Fiore. Next to the cathedral is Giotto’s Campanile and the Baptistery of Saint John. And check out the bronze boar Porcellino Fountain, one of the most distinctive landmarks in the Mercato Nuovo.”

UNESCO: “Florence rose to economic and cultural pre-eminence under the Medici in the 15th century. Its 600 years of extraordinary artistic activity can be seen in the 13th-century cathedral (Santa Maria del Fiore), the Church of Santa Croce, the Uffizi and the Pitti Palace, the work of great masters such as Giotto, Brunelleschi, Botticelli and Michelangelo.”


The historic centre of San Gimignano 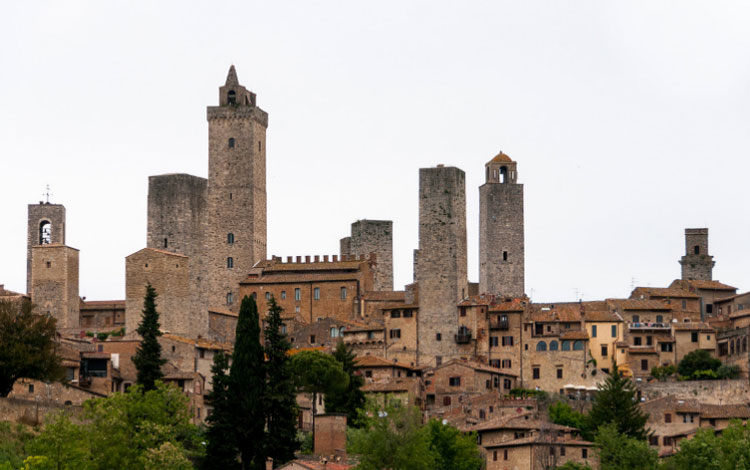 Gary: “A wonderful little Tuscan town known for its towers. The town has much more of a medieval feel than most in Italy. San Gimignano is a tourist town, but it doesn’t get near the level of visitors Siena or Florence get.

“It is also much more difficult to get to via public transport, because it doesn’t have a train station. The closest station is in Poggibonsi. I visited San Gimignano from Lucca which was long, but doable, as a day trip.”

UNESCO: “San Gimignano is in the Val d’Elsa, 56 km south of Florence. Its walls and fortified houses form an unforgettable skyline, in the heart of the Etruscan landscape. It was a relay point on the Via Francigena for pilgrims journeying to and from Rome.

“San Gimignano bears exceptional testimony to the civilization of the Middle Ages in that it groups together within a small area all the structures typical of urban life: squares and streets, houses and palaces, wells and fountains.”

The historic centre of Siena 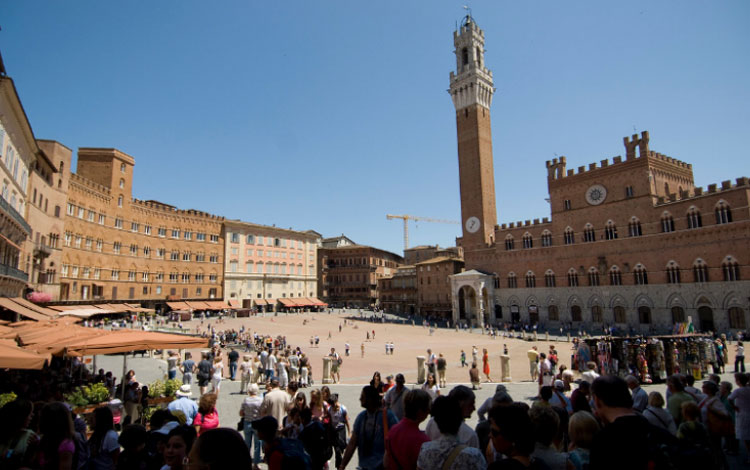 Gary: “Siena is the purest example of a medieval city in Italy. It rivals Florence when it comes to urban planning. To this day, the city has preserved the Gothic buildings built in the 12th century. The entire city was built around Piazza del Campo and its surrounding landscape: it feels like walking into a time machine, back to the 13th century when Siena flourished.”

UNESCO: “Its inhabitants pursued a rivalry with Florence into the area of urban planning. Throughout the centuries, they preserved their city’s Gothic appearance, acquired between the 12th and 15th centuries.

“During this period the work of Duccio, the Lorenzetti brothers, and Simone Martini was to influence the course of Italian and, more broadly, European art.” 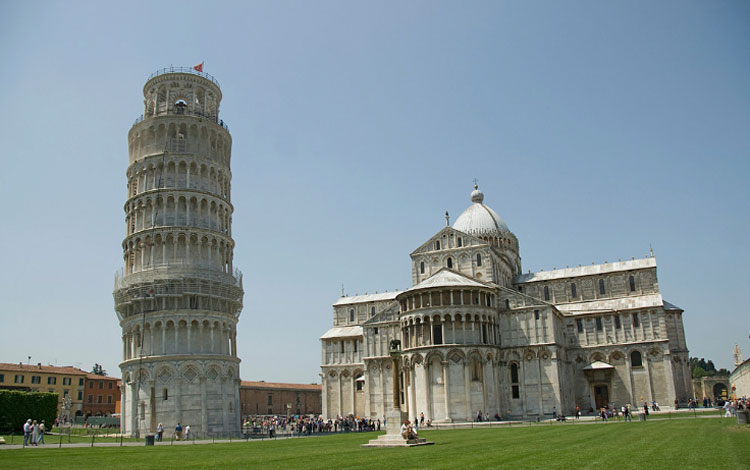 Gary: “Most have heard of the Leaning Tower of Pisa, but most have no idea of the context: it is just the bell tower for Pisa Cathedral. The cathedral complex is as impressive as the tower: a mishmash of old bricks from previous buildings, with strong Arab influences. It is known as the Piazza of Miracles: it differs from other piazzas as it is not paved, but consists of grass.

“The best part of going to Pisa, however, is watching tourists take photos of themselves trying to hold up the Tower.”

UNESCO: “Standing in a large green expanse, Piazza del Duomo houses a group of monuments known the world over. These four masterpieces of medieval architecture — the cathedral, the baptistery, the campanile (Leaning Tower) and the cemetery — had a great influence on monumental art in Italy from the 11th to the 14th century.”

The Medici villas and gardens

UNESCO: “Twelve villas and two gardens spread across the Tuscan landscape make up this site which bears testimony to the influence the Medici family exerted over modern European culture through its patronage of the arts.

“Built between the 15th and 17th centuries, they represent an innovative system of construction in harmony with nature and dedicated to leisure, the arts and knowledge. The Medici villas form the first example of the connection between architecture, gardens, and the environment and became an enduring reference for princely residences throughout Italy and Europe.”

The historic centre of Pienza

UNESCO: “It was in this Tuscan town that Renaissance town-planning concepts were first put into practice after Pope Pius II decided, in 1459, to transform the look of his birthplace. This new vision of urban space was realized in the superb square known as Piazza Pio II and the buildings around it: the Piccolomini Palace, the Borgia Palace and the cathedral with its pure Renaissance exterior and an interior in the late Gothic style of south German churches.”

UNESCO: “The landscape of the Val d’Orcia was celebrated by painters from the Sienese School, which flourished during the Renaissance.

“Images of the Val d’Orcia, and particularly depictions of landscapes where people are depicted as living in harmony with nature, have come to be seen as icons of the Renaissance and have profoundly influenced the development of landscape thinking.”