“We soon saw Tarquinia, its towers pricking up like antennae on the side of a low bluff,” reports D. H. Lawrence in “Etruscan Places”, an archaeological travelogue he wrote in 1927 (a year before “Lady Chatterley’s Lover”).

Lawrence was fascinated by Etruscan history and culture. He considered it superior to ancient Rome, Etruria’s eventual conqueror.

Modern Tarquinia is just a half-hour from the busy port of Civitavecchia, raised above the plains of north-western Lazio. Its fame is derived from painted Etruscan tombs outside the walls — the reason Lawrence, and many since, have visited this pretty town.

Like almost everywhere in Etruria, several versions of Tarquinia have existed in the last 3,000 years. In its Etruscan heyday (4th and 5th centuries BC), “Tarkna” was enclosed within 5 miles of gargantuan walls.

A couple of centuries of scuffling with Rome, to the south, and marauding Celts from the north ended with Rome’s victory, in the 3rd century BC. In 90 BC natives were granted citizenship; to all intents and purposes, renamed “Tarquinii” was Roman.

A millennium later, with a slightly different location and a new name (Corneto), this was a stronghold of Matilda of Tuscany (1046–1115). The powerful warrior-countess was an ally of the Maremman Pope Gregory VII in his battles with Henry IV, the Holy Roman Emperor. Many of the centre’s distinctive towers — including the Torre Barucci and Torre del Magistrato — date to this medieval period.

It was renamed Tarquinia (again) in the 1920s, in line with the Fascists’ fawning over anything with a whiff of Imperial Rome.

The Necropolis of Tarquinia (or Monterozzi-Calvaria) has the single greatest collection of painted ancient Etruscan tombs anywhere in Italy. Of around 200 Etruscan tombs known to be decorated in this way, 140 are in burial grounds on a ridge just outside town (not all are open). Some perspective: the subterranean wall art here is around five times as old as the Sistine Chapel. 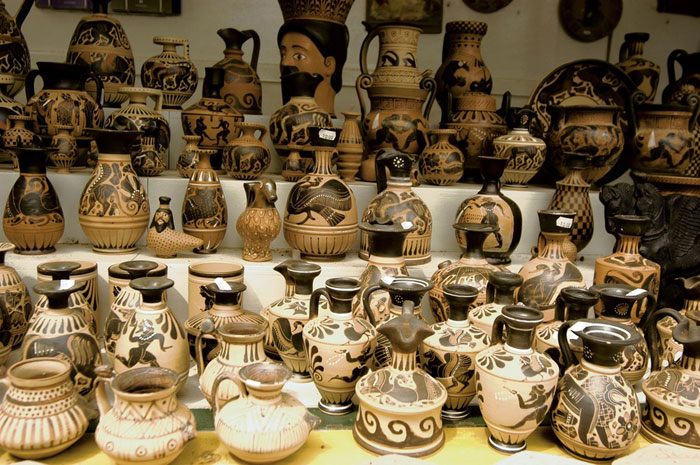 The tomb paintings — many of them simple, some elaborate — provide insights into Etruscan life. Seemingly, tombs’ inhabitants expect the same delights in the afterlife they’d enjoyed up until death. Wrestling, banquets, getting drunk and being serenaded by harpists and flautists are recurring themes.

Tarquinia’s Museo Archeologico occupies Renaissance Palazzo Vitelleschi in the centre. It is stuffed with precious tomb finds, including detached frescoes and sarcophagi carved with hunting scenes or mythological creatures — notably Cerberus, a three-headed dog who guards the underworld. Some are painted; many more are in a traditional Etruscan style, with a portrait statue on the lid of the reclining inhabitant.

Upstairs is a pair of Winged Horses, originally carved on a 4th-century temple known as the Ara della Regina.

Though not generally a fan of museums, Lawrence loved the collection here: “in the fascinating little Palazzo Vitelleschi, one could spend many an hour.”

Out of Town: Beach & Marshes

It’s 3 miles to the nearest beach. The dark sands of Lido di Tarquinia are popular with locals all summer (which is longer here than in the hills of Tuscany or Umbria).

Abandoned 19th-century salt works south-west of town hint at Tarquinia’s commercial importance. The pans here were farmed by everyone from Etruscans and Romans to medieval nobles and the pope, who made a fortune from Tarquinia.