Italy’s Festa della Repubblica — Republic Day, the second day of this month — is a national holiday. Italians celebrate the official formation of their republic, after a referendum abolishing the monarchy followed World War II.

The biggest events take place in the capital, Rome: a morning a parade by the military, followed by an Italian Air Force flyover and in the evening, concerts by the Italian Navy, Air Force and State Police, then a firework display.

This month also welcomes summer. So be-kini ready… and prepared to celebrate!

This 8-oared galleon race rotates to a different city each year, to commemorate the bond between the 4 republics — and the one they all share with the sea. Preceding the regatta is an historical parade, with rowers in costume re-enacting episodes and characters from their own city’s past.

Calcio Storico is like an early form of football or rugby, dating back to the 1500s when rules and regulations apparently did not exist. It’s historic, ruthless and uniquely Florentine.

Every year Piazza Santa Croce becomes a battleground where 4 traditional city neighbourhoods  — each named after its ruling church — fight for victory. For 50 minutes, 27 players dressed in medieval costume kick, tackle and punch each other, to wear down the opponent’s defence and get the ball into their goal. 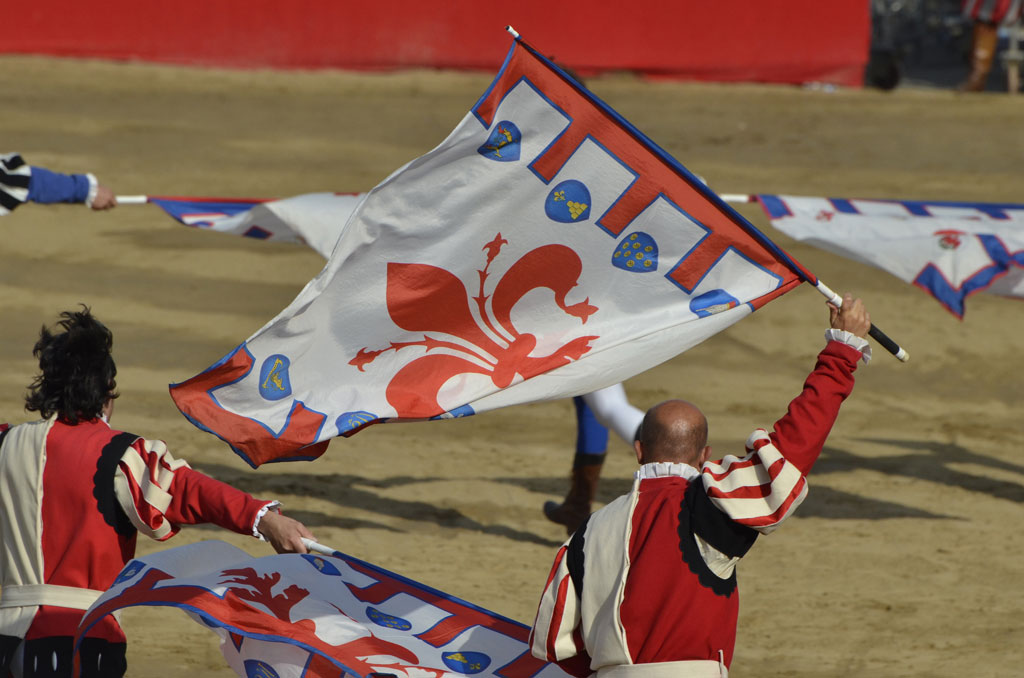 The final match takes place on June 24, the feast day of St. John, who is Florence’s patron saint. After the match, it can seem like the whole city is celebrating.

Sixty days after Easter, Catholics celebrate Corpus Christi, to recognise the real presence of the body and blood of Jesus Christ. While most Italian cities hold a mass, churchgoers in Florence choose a majestic procession instead.

It begins in Piazza del Duomo, from where participants move around the centre carrying sacramental bread. When the procession ends in Piazza Santa Trínita, street celebrations and festivities begin all over the city.

Known everywhere else as Corpus Christi, this religious festival may actually have its historical roots in the little Umbrian city of Orvieto.

Here the holiday commemorates the 1263 Miracle of Bolsena, when a Bohemian priest in a nearby village church witnessed consecrated bread bleeding onto the altar cloth. A year later, the holiday was established in Orvieto by Pope Urban IV.

The original cloth, the “Corporal of Bolsena”, is kept inside the cathedral and brought out once a year for its parade.

On the evening of the 16th, the Pisani — people of Pisa  — honour their patron San Ranieri with a unique event on the banks of the Arno river.

Four city neighbourhoods compete in a 1,500m rowing race, against the river’s strong current. To claim victory, one team member has to climb a rope and claim the flag. Post-race celebrations include a light display, with thousands of wax candles hung along the riverbank and around city churches, towers, palaces.

Gioco del Ponte (Battle of the Bridge) is an annual medieval game held on the Ponte di Mezzo, in Pisa.

The contest begins with an historical parade — more than 700 participants wear 16th century costume — along the lungarno (main riverbank streets).

The main attraction sees two teams drawn from Pisa’s 12 historic districts north and south of the Arno, Tramonata and Mezzogiorno, challenge each other in a game of strength — a “push of war”. The aim is to shove your wooden cart to the opposing team’s side. 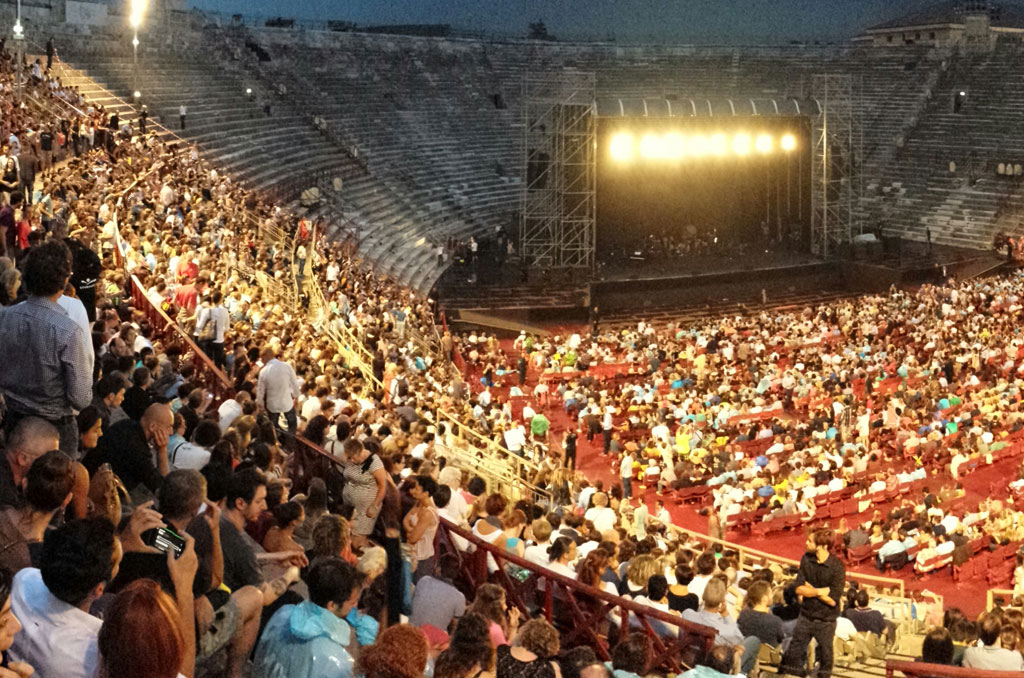 The city’s 2,000-year-old Roman amphitheatre is one of the best preserved of its kind, with acoustics suited to even the most bombastic tenor. Verdi’s Aïda has been a perennial favourite since the very first season staged here.

Operas run all summer till September. If you can tear yourself away from a villa near Verona, you’re assured a magical musical evening.