Life in Tuscany’s countryside and poderi (farmhouses) is one deeply rooted in the land, products, and seasons. Tuscan cuisine originates from cucina povera (cuisine of the poor or peasant cooking) — but don’t be fooled, as ‘poor’ doesn’t necessarily mean tasteless.

Cucina povera is based on simplicity and seasonal ingredients, as well as one’s ability to reuse and reinvent ingredients in different ways. Being able to transform each part of the vegetable, fruit, and animal as did peasant farmers, is now an art which makes up one of Italy's most favourable cuisine’s.

Why Tuscan bread has no salt

The main ingredient in Tuscan cuisine is without a doubt il pane toscano (Tuscan bread). What makes tuscan bread so unique, is that it is salt-less. Most often you’ll hear Italians referring to it as “pane sciocco”. 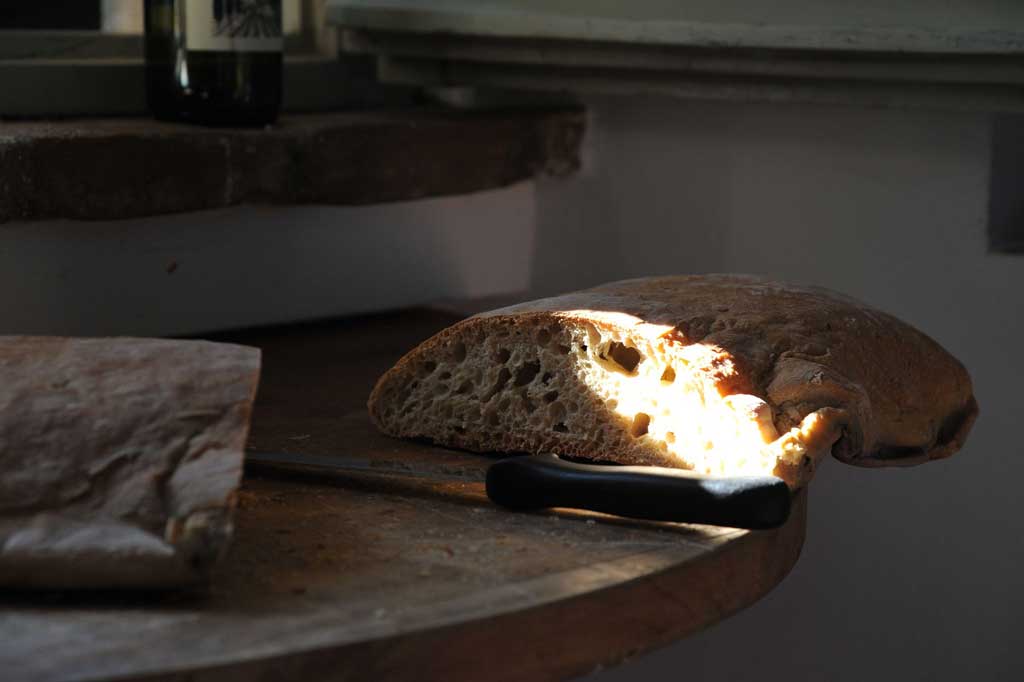 There are many theories behind the mystery of Tuscany’s saltless bread. Some believe it to be a result of a XII-century dispute between Florence and Pisa, whereby the maritime republic attempted to destabilize Florence by raising taxes on imported products including salt. Others believe that peasant farmers could simply not afford salt, and preferred to use it to preserve cured meats instead.

Aside from the absence of salt, you can tell pane toscano apart from it’s reddish-brown crust, and white, dense and soft crumb. It’s particular taste and preparation — natural leavening and blend of antique grains containing wheat germ — won this bread the Protected Designation of Origin (DOP) seal in 2016.

Tuscan recipes that make use of stale bread

As all bread,  pane toscano goes stale. Due to its consistency, this type of stale bread makes the perfect ingredient in soups and recipes where it can be soaked or made softer. 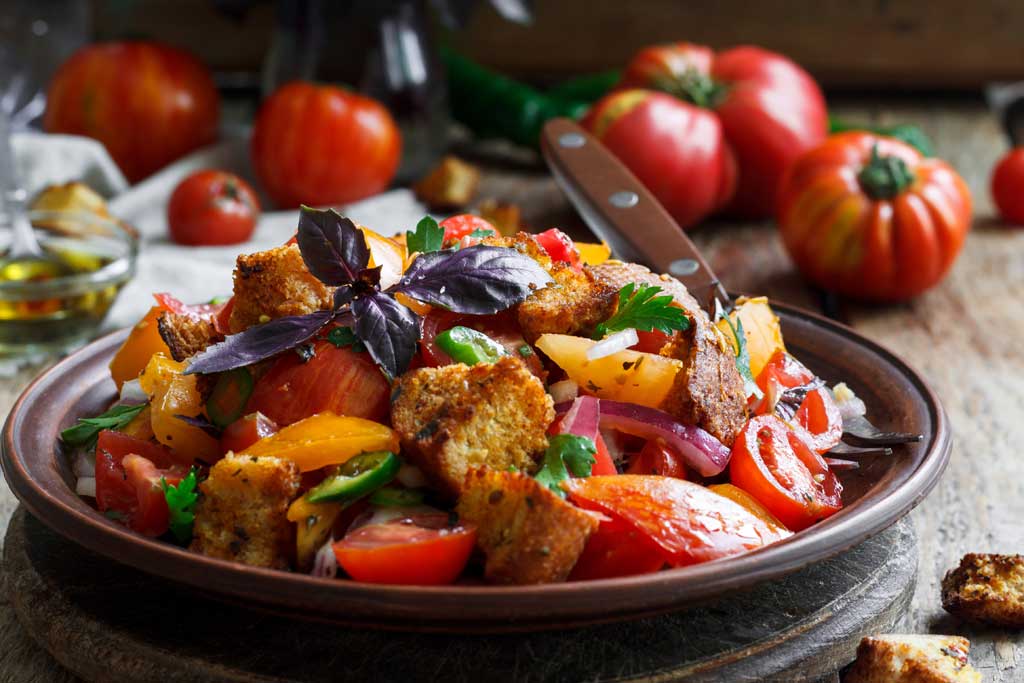 The most popular Tuscan dishes that incorporate stale tuscan bread include ribollita, panzanella, pappa al pomodoro and aquacotta. Have your own chef whip up your own private Tuscan feast at your villa in Tuscany, or discover the secrets behind Tuscan cuisine with a private cooking class at your villa. 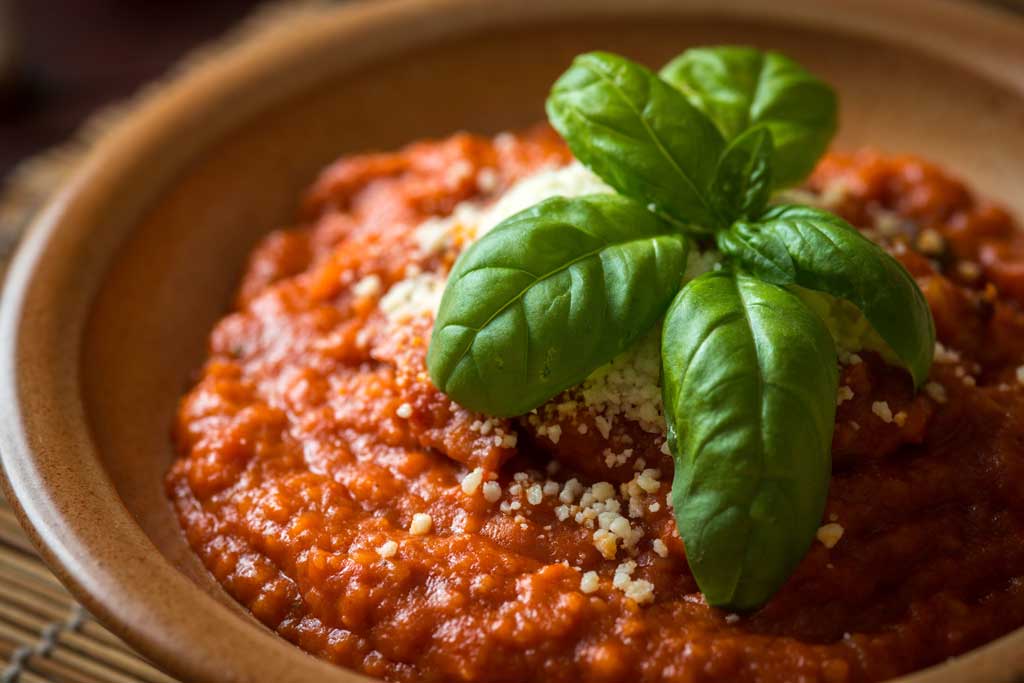 There is no lunch, dinner or merenda (snack) without a piece of Tuscan bread. Enjoyed with a piece of pecorino for aperitivo, or to mop up the remaining sauce on your plate, bread is eaten with every meal. 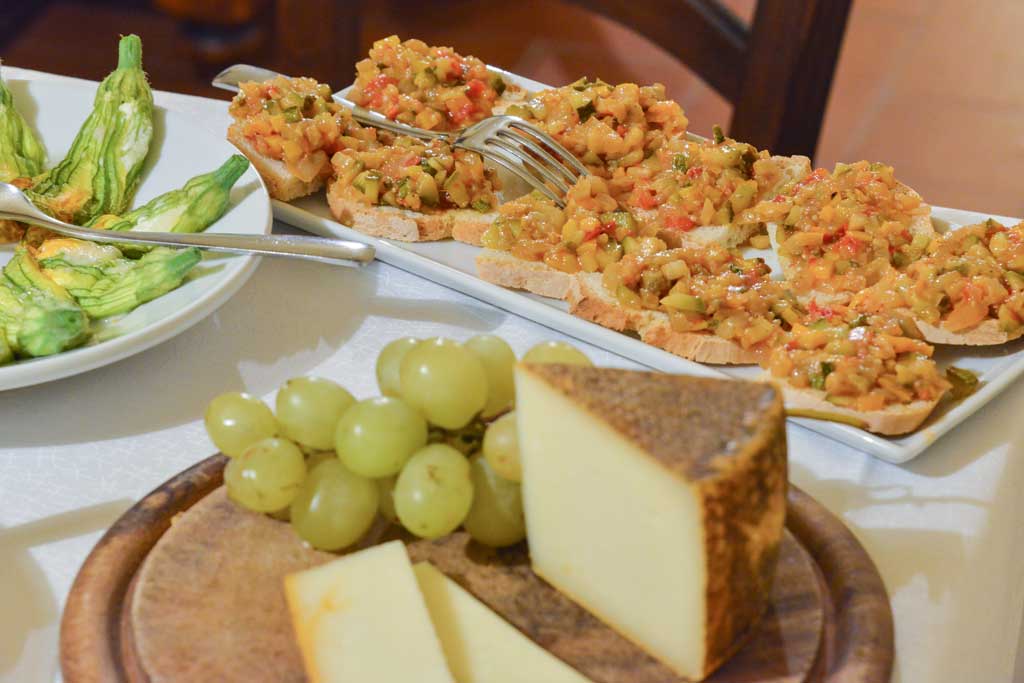 Revisiting my childhood brings back memories of afternoon merenda at my grandmother’s. Using ingredients of her land — ones she had grown and harvested — the ritual was either fettunta, or pane, vino e zucchero.

In Tuscan dialect: fetta means slice, and unta means oily, making fettunta an oily slice. That’s all the explanation you need, as this dish is simply toasted saltless bread (traditionally roasted in the fireplace) rubbed with garlic, drizzled with the new extra-virgin olive oil. Pane, vino e zucchero is another self-explanatory recipe — all it takes is a slice of bread, sprinkled in sugar and drizzled with red wine. This is typically the first taste of wine for many Italian children.

There is no better way to experience a culture if not through its food, wine and dialect. Lucky for you, Tuscany does all three of these (and well!) — here are some of our favourite Tuscan proverbs about bread.

Sciocco typically means stupid in Italian, however in Tuscany, sciocco also means saltless. Referring to the salt tax, this proverb states “to avoid paying high taxes, you have to pretend to do stupid things”, for example bake bread without salt.

This Tuscan proverb states “other people’s bread is too salty”.In other words, home sweet home.

This phrase comes from Dante’s Divina Commedia, about his exile from Florence. The medieval poet shares how tough it is to be away from home, stating “you will experience how salty is other’s bread”. In other words you have to abandon all things you love. What is more salty, more bitter is not only the bread, but life itself.

Keep reading
Insider’s Guide to the Best Panini in Florence and Where to Find Them The Best Types of Cheese to Try When You Are in Tuscany Tuscan Cured Meats: What are they and what's the difference? Classic Tuscan Food: 10 Dishes You Must Eat When in Tuscany Cooking Classes in Italy: 5 Villas in Tuscany with Culinary Experiences
Browse all our villas in Tuscany
Like
Share
Follow
Previous article
Next article
Searching for your villa