What’s in a name? Quite a lot when it comes to salumi, which means “cured meats”. Salt-cured meats and sausages are one of the culinary highlights of Italy, and Tuscany in particular, but they are not created equal.

Banish your own ideas of salami and, indeed, of pepperoni (which, in Italy, is a humble green pepper, not a dried pork product). Italian cured meats include salumi, salami, and salsiccia, featuring delights as coppa, lardo and finocchiona. From hams to a vast range of salamis, these salumi were born of necessity: to extend the shelflife of meat.

Where other regions have sweeter cured meat, those from Tuscany are distinctly savoury, often made from locally reared pigs (Cinta Senese or large white breeds). 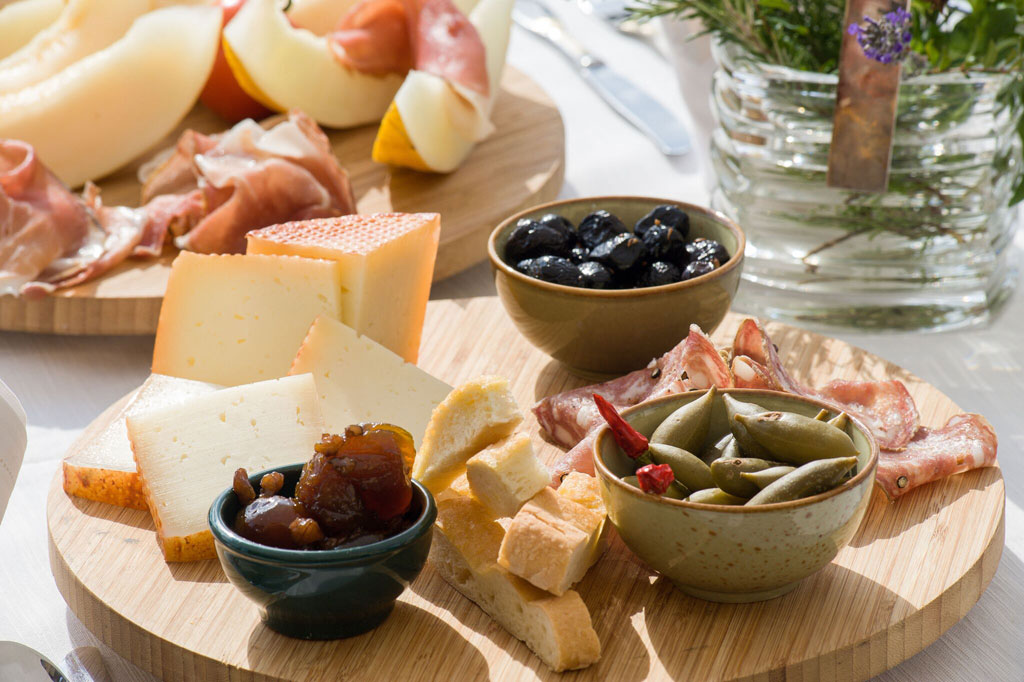 When should cured meats be served?

Salumi can be served before meals with drinks – as part of apertivo, or appetite opener – and also in salads or on platters for the starter. They also turn up in panini, around vegetables, in sauces. But how can you tell your prosciutto from your pancetta? And which forms of cured pig (for it is most often pig) are the most important to try while you’re in Tuscany?

What are the categories of Tuscan cured meats?

There are two broad categories: salumi made from a whole piece of meat – often the shoulder or thigh of a pig. And those made by filling a casing with ground meat, herbs and spices – either salami (smoked or salted and aged) or salsiccia, sausage-style, which can be raw or cooked before serving.

What are some typical Tuscan Salumi to try?

These thin slices of lard with layers of pepper, rosemary or sage, look like the marble they’re cured on and melt pleasingly in your mouth.

Aged up to a year, this mixes meat from the leg, shoulder and neck with fat, pepper and red wine. Generally speaking, the salami from Tuscany has relatively large chunks of fat.

Finocchiona, a local favourite, gets its distinctive flavour from fennel seeds. 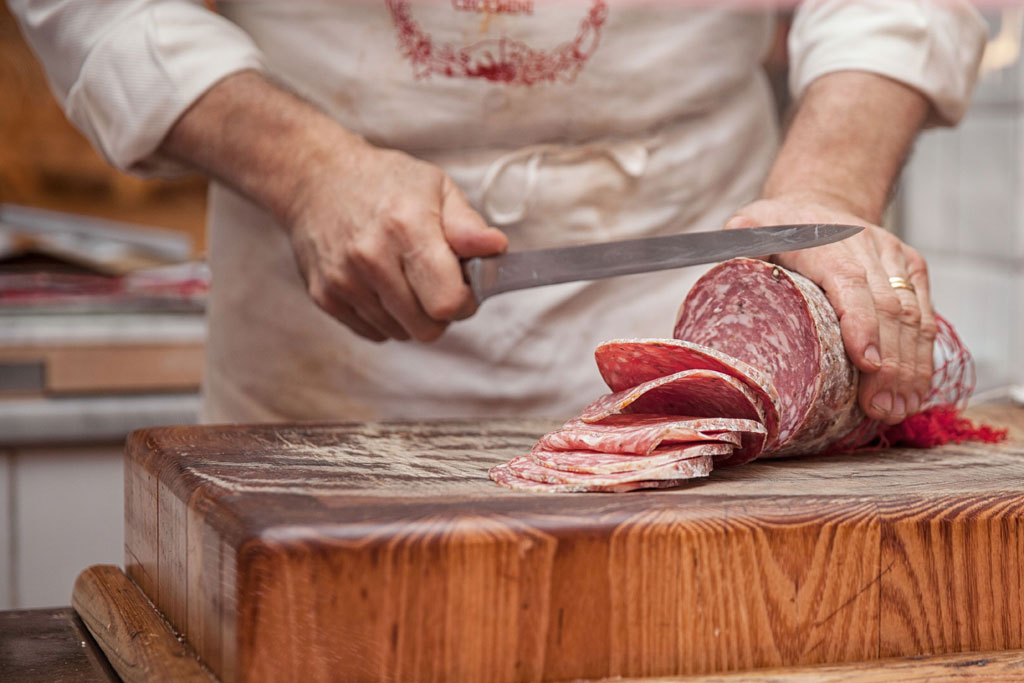 With Protected Designation of Origin status, this ham is all produced within the region. Using salt, pepper and a mixture of aromatic herbs, the hind leg of the pig is cured to produce a delicate ham.

One variation of this is the more strongly flavoured Prosciutto di Cinghiale, which is made from local wild boar and often retains a bristly hoof. Another variation, the Prosciutto di Cinta Sinese, a less fatty red ham made from the leg of the local breed of pig.

Try heading to the Valle del Serchio in Garfagnana, near Lucca. The long-shaped Prosciutto Bazzone is made from a different local breed (a grey-haired pig) and is cured for a minimum of two years, giving it a sharp and aromatic taste.

Formally known as Capocollo, this rolled salami is made with the neck of the pig and also features fennel seeds, salt and pepper. 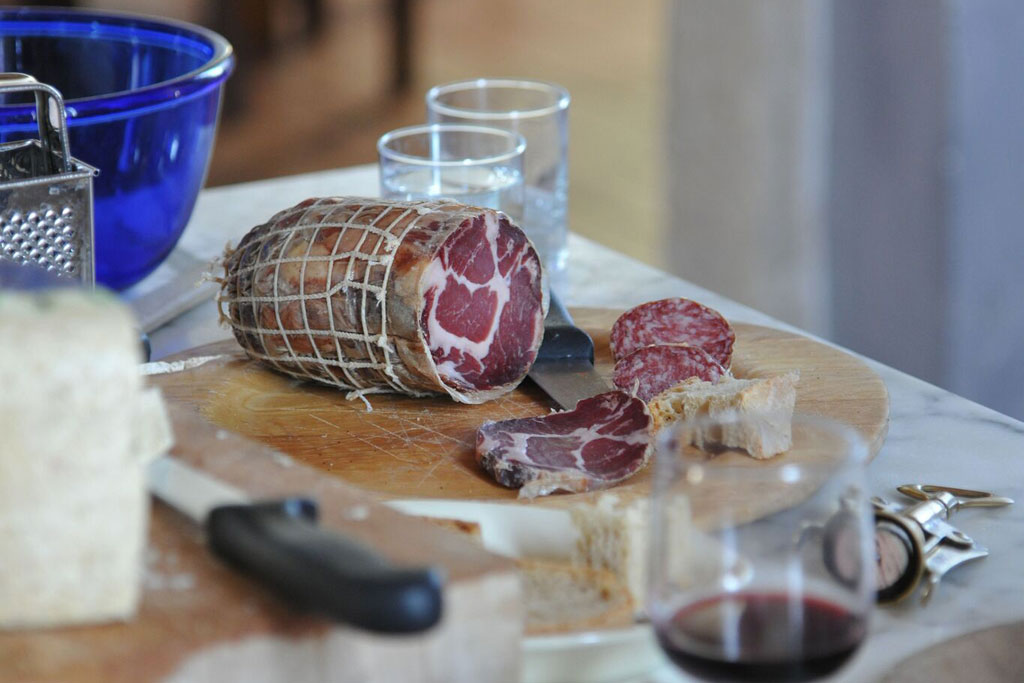 This blood sausage mixes the lean meat from the animal’s head with wild fennel, cloves, cinnamon, and aniseed, giving it a robust and earthy flavour.

Keep reading
Classic Tuscan Food: 10 Dishes You Must Eat When in Tuscany Italian Truffles: All You Need to Know Restaurant Guide to Florence Cooking Classes in Italy: 5 Villas in Tuscany with Culinary Experiences When is the Best Time to Visit Tuscany?
Browse all our villas in Tuscany
Like
Share
Follow
Previous article
Next article