In Northern Lombardy on the border with Veneto, Mantua offers a truly unique landscape. Surrounded by three lakes: Lago Superiore, Lago di Mezzo, and Lago Inferiore, the ancient city seems to rise out of the water.

It is a place with a rich artistic and cultural past, the birthplace of Virgil and once a Renaissance power under Frederico Gonzaga II and Isabella d’Este that boasted one of the finest courts in Europe. It has hosted famous artists from Leonardo di Vinci to Raphael. Monteverdi premiered his opera “L’Orfeo” here, Giuseppe Verdi set ‘Rigoletto” in the city and Shakespeare had Romeo banished from Padua to Mantua in his famous tragedy. From grand piazzas to landscaped gardens, read on for some of our favourite highlights in and around the area.

The Romans first began to colonize Mantua around 220 BC and the famous poet, Virgil, was born in a nearby village in 70 BC. In the 11th century, Mantua was preceded over by Boniface of Canossa, marquis of Tuscany, before becoming an independent commune in the 12th century.

The city enjoyed a long period of cultural and political prestige under the Gonzaga Dynasty, who ruled over Mantua from the 14th to 17th century. The court achieved its greatest cultural prominence in the 16th century during the reign of Frederico II, captain general of the Venetian armies. An abundance of lavish villas and palaces were commissioned and finely adorned, including Giulio Romano’s famous Palazzo del Te. Distinguished artists and writers worked and lived in the city for a time, including Francesco Berni, Andrea Mantegna, Pietro Bembo, Donatello, Raphael and Titian. Leonardo Di Vinci visited Mantua on his way to Venice at the behest of the famous and influential Renaissance figure, Isabella d’Este, where he came to sketch her portrait.

The Gonzagas rule came to an end in 1707 when the city fell to the Austrian Habsburg Empire. Napoleon took Mantua after a long siege in 1797 and it remained under French occupation until its return to Austria in 1814.

Piazza Sordello is the oldest square in Mantua and was most likely the site of the original Etruscan settlement. It is fronted on its east side by the immense Palazzo Ducale, the seat of the Gonzagas and the main residence of Isabella d’Este in the 16th century. It is the largest museum complex in Italy and the sixth largest palace in Europe after the likes of Versailles, the Louvre and the Vatican. Visit here for masterpieces by Pisanello and Monteverdi, as well as Baroque artworks by Peter Paul Rubens. The Castello di San Giorgio also forms part of the Ducal Palace complex and is a 14th century, square, moated castle with three drawbridges. It houses one of the palace's most famous rooms, the Camera degli Sposi, featuring frescoes by Andrea Mantegna. 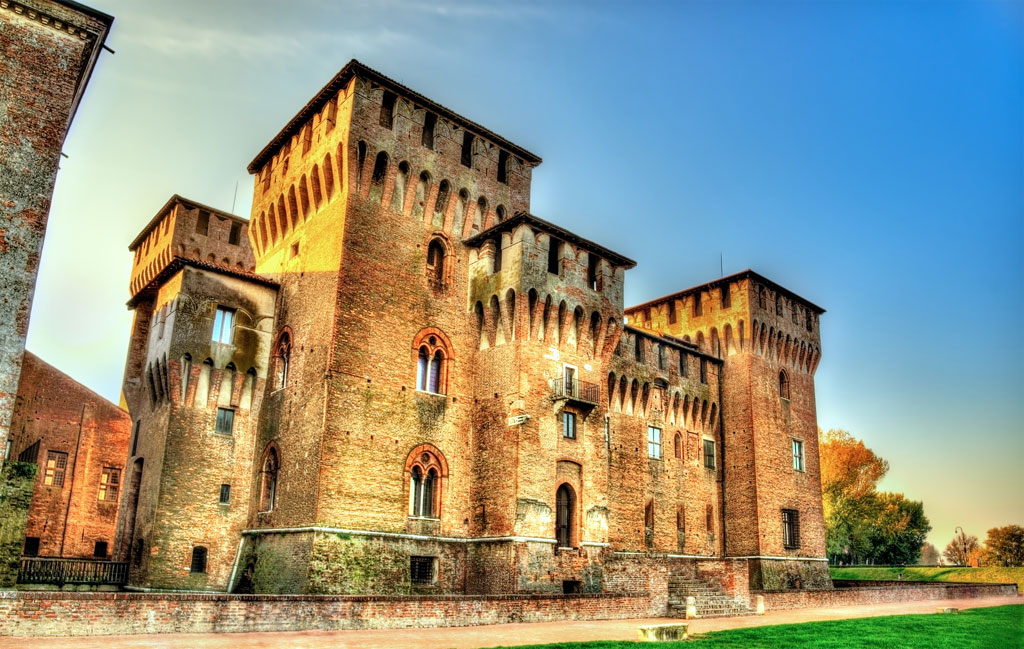 Mantua Cathedral sits in the northern corner of the piazza and combines several architectural styles, from its baroque facade and Gothic left side to its medieval Romanesque bell tower. The interior was designed by Giulio Romano who wanted to emulate St Peter’s in the Vatican. At the piazza’s southwest corner is the Torre della Gabbia, a red brick tower that dates from the 13th century. It takes its name from the metal cage where prisoners were placed and hung from its side.

Visit the final resting place of Andrea Mantegna in the Renaissance Basilica di Sant’Andrea, which shares the privileged status of ‘cathedral’ in Mantua. It holds the relic of the Blood of Christ which is displayed and processed around the city on Good Friday each year. Cross the nearby Piazza delle Erbe for the Rotonda di San Lorenzo, an 11th-century church where the remnants of 12th and 13th-century frescoes can still be glimpsed inside. It sits next to the Renaissance Torre dell'Orologio and is supposedly built on the foundations of a Roman temple dedicated to Venus. 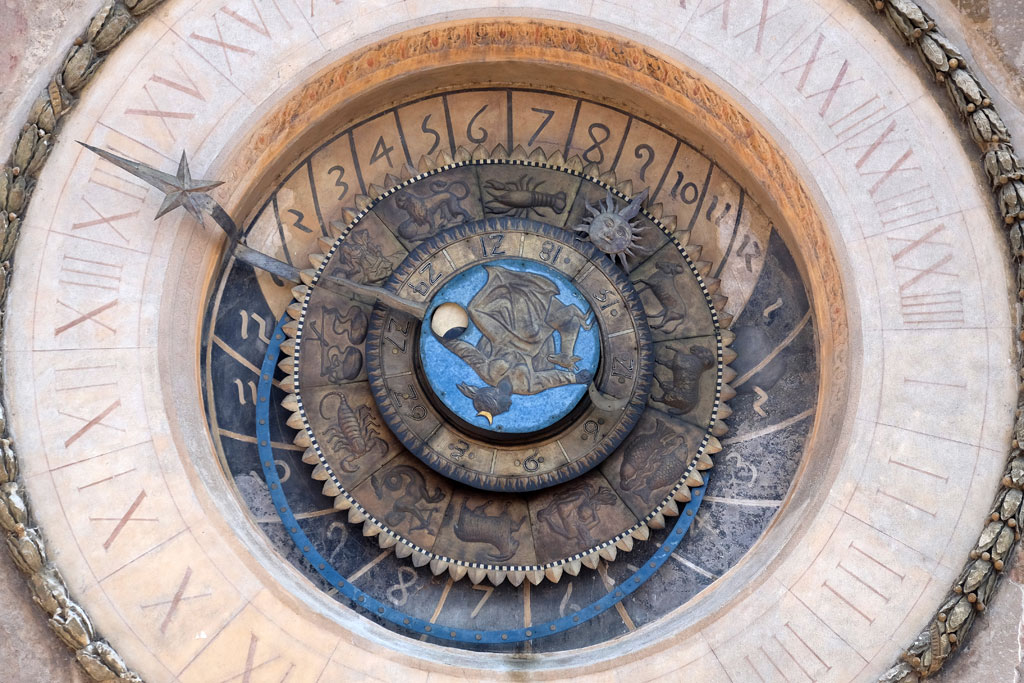 Clock tower of Palace of Reason (Palazzo della Ragione with the Torre dell'Orologio) in Mantua, Italy

Visit the home of the great Venetian artist, Casa Mantegna with the incredible architectural complexity of it’s circular courtyard. It is now also a temporary exhibition space — our award-winning Concierge Service can offer advice on specific events taking place throughout your stay.

The Palazzo del Te, the summer palace of Frederico Gonzaga II is a must see whilst you are in Mantua, doubling as the city’s civic museum. It is considered one of the most important examples of Mannerist architecture and is decorated with impressive frescoes by Giulio Romano and features beautiful landscaped gardens.

Mantua is also an important centre for music with an impressive history. It was used as a setting for Giuseppe Verdi’s “Rigoletto” and Antonio Vivaldi wrote many of his famous operas whilst employed by the city in the 18th century. Attend a concert at the small yet unique Baroque Teatro Bibiena (also known as the Teatro Scientifico), where a ten-year-old Wolfgang Amadeus Mozart supposedly performed in 1770.

Mantua was named European Capital of Gastronomy in 2017 and it isn’t hard to see why. It boasts two restaurants that share a total of four Michelin stars and are well worth a memorable journey out of the city. Dal Pescatore is situated in the quaint village of Canneto sull' Oglio near the banks of the River Oglio and has been awarded an incredible three stars. L'Ambasciata is less than 30km south of the city in the equally pretty town of Quistello: ask our concierge for advice on the best restaurant for your group.

Many of Mantua’s dishes date back to the height of the Gonzaga family’s rule. Tortelli di Zucca (Pumpkin Tortelli) is an iconic dish that draws on Northern Italy’s long tradition of stuffing pasta. 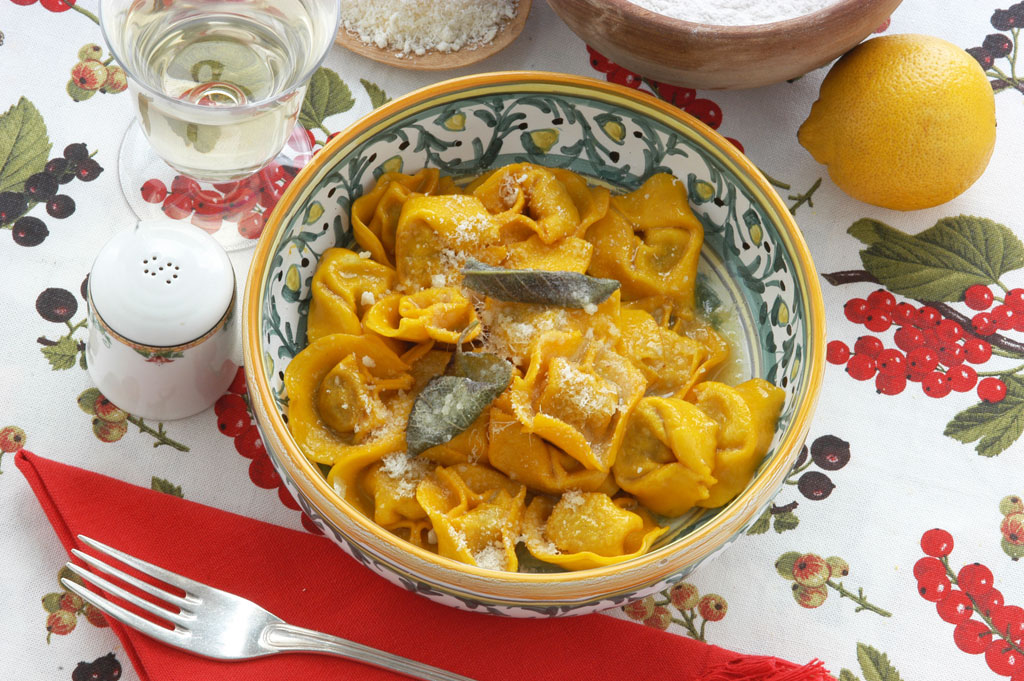 Given the city’s location, where the river Mincio meets it’s three lakes, fish is naturally central to the local cuisine. Two popular fish dishes include Bigoli con le Sardelle, which is a simple pasta dish with garlic onion and anchovies, and Luccio in Salsa, which is boiled pike in a sauce that traditionally includes parsley, garlic, capers and anchovies. 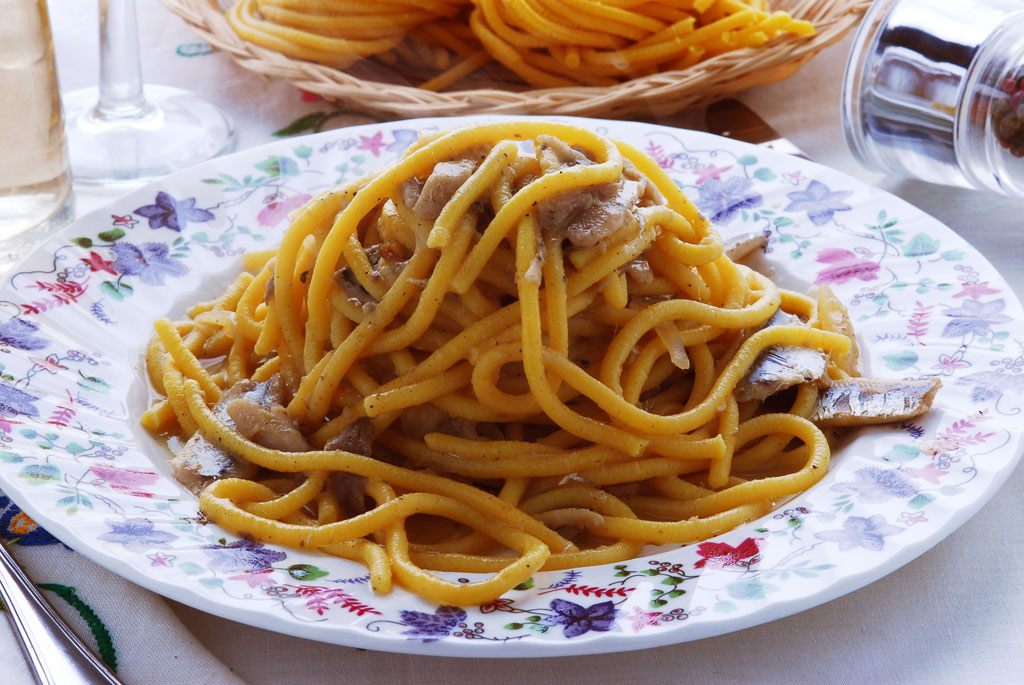 Garnished with finely chopped sausage, Risotto alla Pilota is another popular Mantuan meal worth trying, since rice is grown throughout the surrounding countryside. Be sure to also stock up on Grana Padano cheese which is produced in the nearby Po Valley. In fact, Parmigiano Reggiano takes its name from the southern Po area.

Sandwiched between Mantua, Lake Garda and Verona is the tranquil Parco Giardino Sigurtà; a fusion of historic parkland and extraordinary landscaped gardens. You can easily pass a whole day in this paradise, tramping through expansive woodland, relaxing beside one of many ornamental lakes or immersing yourself in a fragrant herb garden.

Nearby is our grand Palladian Villa Zambonina — nestled between Verona and Mantua, it offers the ideal base for exploring the region. Spend a leisurely morning admiring the frescoes and trompe l'oeil paintings in your own palazzo or swimming in your private pool, before venturing out to either city in the late afternoon. 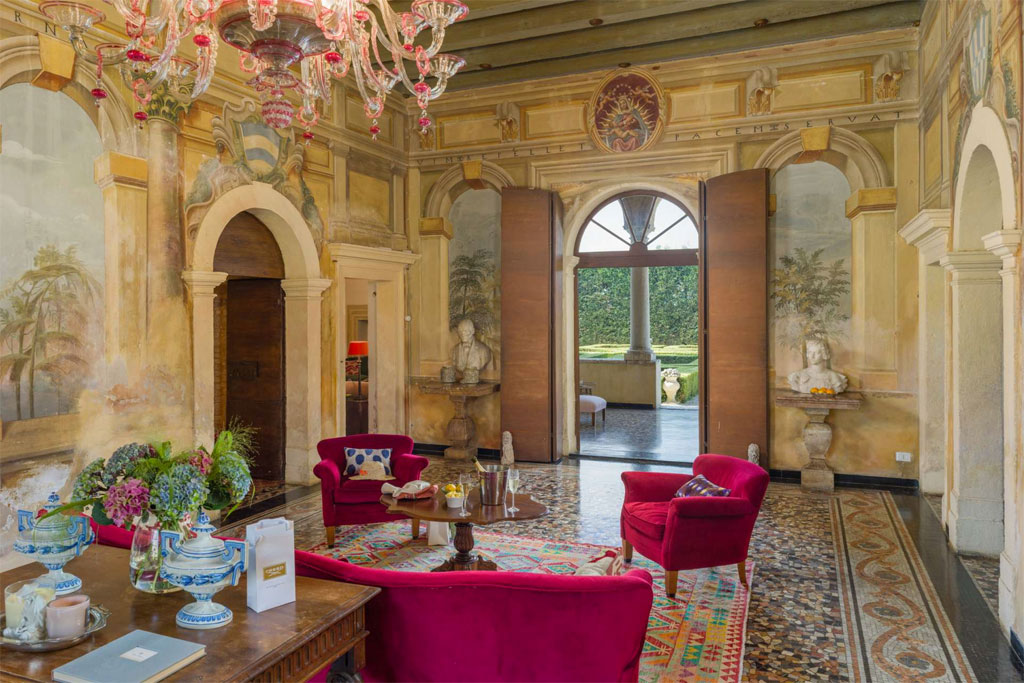 Piazza Virgiliana backs onto the Lago di Mezzo and is set in an open landscaped park. Here you will find a monument to the famous Ancient Roman Poet, Virgil. This is a great place to come for walking or cycling alongside one of Mantua’s three lakes.

Cross the Ponte di San Giorgio for superb views over the city of Mantua rising out of the water. It is also here you will find the expansive Parco del Mincio, a nature reserve along the Mincio river, perfect for boat trips, cycling, walking and birdwatching.

Verona: visit the romantic city that inspired Shakespeare for Ancient Roman gateways, the Verona Arena and the international Opera Festival. There are countless churches with famous works of art, piazzas, palazzos and museums worth dedicating your time to here.

Padua: this thriving university town has an impressive canal system and daily markets in front of the Palazzo della Ragione. You’ll find works by Giotto, Donatello and Mantegna here, including the Cappella degli Scrovegni painted by Giotto in 1305. Don’t miss the Basilica di San Antonio which was modelled on the Basilica di San Marco in Venice, just a short distance from the city by train.

Keep reading
Veneto Cuisine & Food Venice Verona The Ultimate Luxury Villa Stays in Italy: How to Stay in your own Palazzo
Browse all our villas in Tuscany
Like
Share
Follow
Previous article
Next article