Florence is known as the birthplace of the Italian Renaissance, so if you’re in the city it is essential to discover its art. Florence offers everything for both art and history enthusiasts alike — from grand statues to paintings so detailed they tell stories. Some masterpieces can only be found in Florence, so make sure to not miss out on this important part of Italian culture.

4 Art Classics you can only see in Florence

Whether you’re a regular at art museums or have never set foot in one, you’ve probably seen this classic painting. The Birth of Venus displays Venus, the goddess of love and beauty, standing on a giant scallop shell, arriving on the land of Cyprus. Sandro Botticelli painted this masterpiece roughly in 1485-1486, using tempera on canvas.

Botticelli used a cool colour palette wherein the colour blue dominates the work, making the Birth of Venus calming to look at it. The painting is mostly made up of the calm water of the sea and Venus’ pale skin, with a splash of warmer colours from the pink cloak being handed to Venus as she arrives on land. This painting tells a story with just four characters present, accompanied by gentle brushstrokes to create texture. The Birth of Venus can be admired inside the Uffizi Gallery in the heart of Florence, right by the river Arno.

Standing just shy of 17-feet, Michelangelo Buonarroti’s David is renowned for being a display of the perfect man. This sculpture shows the Biblical figure David and is one of the few depicting him before the battle against the giant in his story. Buonarroti created David when he was just 26 years old in 1501, completing him three years later. 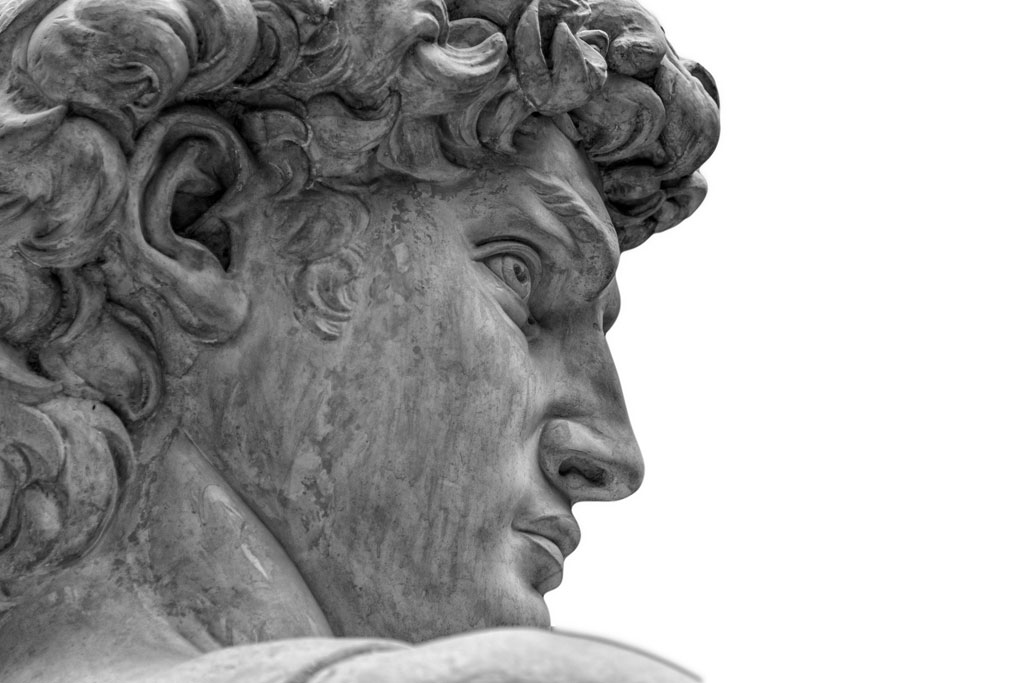 Michelangelo’s David is made entirely out of marble found in the quarries of Carrara in Tuscany, and is one of the whitest marbles known in the world. This makes the statue an elegant display of minimalism from a distance, but up close the details of David’s gallant face are captivating. If you’re staying at one of our villas near Florence, David is located in the Accademia Gallery within the main square of this bustling city.

This magnificent structure covers the Santa Maria del Fiore cathedral and has so for 584 years — making it an impressive piece on this list. The structure is known for being the world’s largest masonry dome with a slight point at the peak instead of a smooth, rounded top. Filippo Brunelleschi created a ‘double-shell’ structure for the dome’s design, meaning there is a smaller version of the dome inside to support the building. 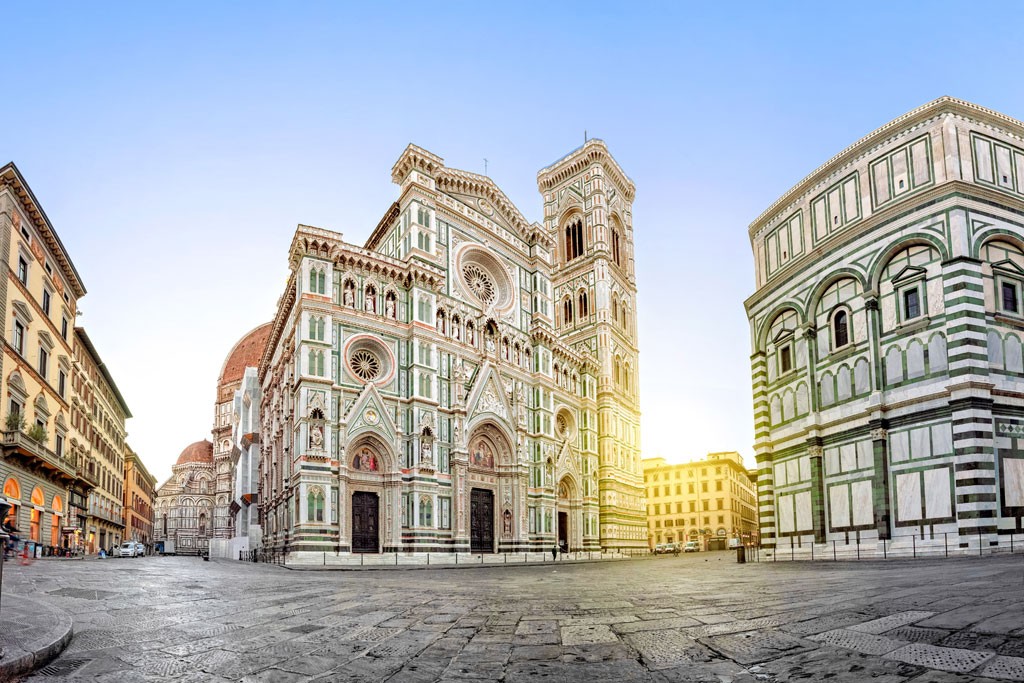 Brunelleschi’s Dome is not an art classic to miss with a diameter of 148-feet, sitting profoundly above the medieval cathedral in the centre of Florence. At night you can admire the dome illuminated by street lights, accentuating the detail in its design and making it stand out against all the surrounding buildings. Brunelleschi’s Dome can be found in the Piazza del Duomo — a setting worthy of hosting a timeless masterpiece.

The title of this piece does not disappoint. The Gates of Paradise are gilded bronze doors leading into the Baptistery of San Giovanni, and have served as the grand entrance to this landmark since 1452. Lorenzo Ghiberti designed the doors to each have five sections displaying scenes from the Old Testament.

The Gates of Paradise are a must for anyone interested in art or history — and come at no cost to see them. Visit during the day to admire the three tones of bronze in the doors, as they undoubtedly live up to their name. Located in the north entrance of the Florence Baptistery, the Gates of Paradise is an artistic masterpiece and an Italian landmark not to miss.