You will see San Miniato long before you arrive at its gates. This small, ancient Tuscan town is strung along a narrow ridge high above the Arno Valley, 40km (25 miles) east of Pisa. Its mighty medieval tower is the tallest thing for miles in every direction.

San Miniato has always been a meeting place, and not just between Europe’s medieval rulers. A position on the Via Francigena route to Rome filled its monasteries and convents with a steady stream of pilgrims. St. Francis himself supposedly founded the Franciscan church here on a visit.

One tale from later centuries suggests Michelangelo attended a very important meeting in San Miniato. In 1533 he met Pope Clement VII, who commissioned the Sistine Chapel during the encounter. The rest, as they say, is history.

The town makes an easy side-trip from our villas near Pisa and Lucca.

In the Beginning…: San Miniato History

Centuries before the Renaissance, San Miniato was the main Italian staging post for Holy Roman Emperors. It offered a strategic foothold in the back-yard of their power rival, the Pope. As early as AD 962, Otto I made San Miniato his headquarters on the peninsula.

Most emperors in the early medieval period were German, so the town became known as San Miniato “al Tedesco” (“the German”).

San Miniato was the birthplace of Matilda of Tuscany, a warrior-queen who allied with the pope during the long-running feud with the Holy Roman Empire, in the early 1100s.

A strategic location above the River Arno, and at a crossroads between Pisa, Florence, Lucca and Siena, eventually brought Florentine mercenaries to the gates. After decades of bloody squabbling along the Arno Valley, which links Florence with Pisa and the sea, the big city power took over for good in the 1360s.

What to See in San Miniato

At the high point above the town’s narrow, serpentine streets, San Miniato’s hulking Rocca (castle) got a serious upgrade under Frederick II, Holy Roman Emperor and Duke of Swabia.

San Miniato became his tax collection base in the early 1200s — and he built a castle tower to be sure everyone realised who was in charge. His tower doubled as a prison, as Dante mentions in his “Comedy”.

The standing Tower of Frederick II is actually a copy, rebuilt in the 1950s after it was destroyed in WW2 — ironically by retreating German forces.

A pretty, leafy square, separate from (and raised above) the town’s narrow streets, was the seat of church power in San Miniato.

Here, the Museo Diocesano displays devotional works, a collection strong on pre-Renaissance art. It also houses coloured ceramic bowls that once decorated the cathedral facade. The 13th-century Bishop’s Palace is almost opposite. 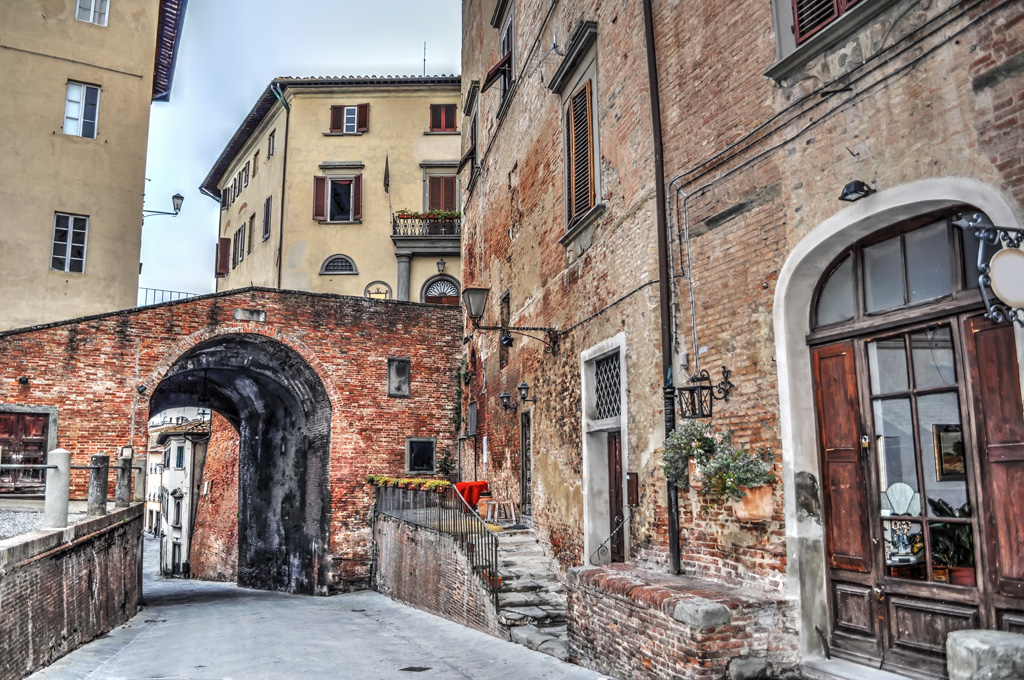 The church of San Domenico dominates the main town square (and most central parking spot), Piazza del Popolo. Art inside spans the 14th to 18th centuries, mostly Florentine in style and including works by Domenico di Michelino and Masolino.

When the ground cools before the onset of winter, thoughts of fungus lovers everywhere turn to white truffle season. San Miniato is famed as a truffle town above all else.

The elusive, delicate sub-species of tuber — Magnatum Pico, to give its proper name — grows in carefully guarded secret spots in the oak, lime and willow woods around San Miniato. Prices reach thousands of euros per kilogram. 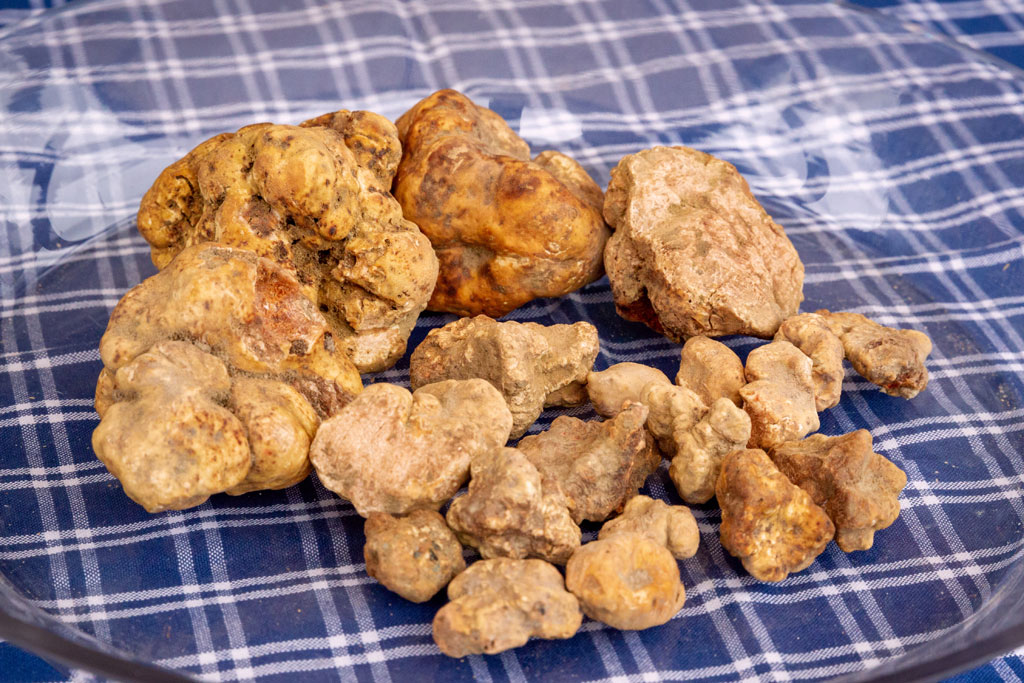 San Miniato restaurants all create truffle-themed menus and special seasonal dishes showcasing this “diamond of the table”. However, it’s hard to beat a bowl of fresh pasta with tartufo bianco shaved liberally on top.

The views (and cooking) at Terrazza Miravalle are ideal for a long, lazy lunch.

Almost the entire month is filled with truffle markets, cookery demos and other themed events during the Mostra Mercato Nazionale del Tartufo Bianco di San Miniato. (A grand name for one of Tuscany’s premier culinary events.)