September is an important month for Venice. The city stages one of the countries most important regattas on the 1st Sunday of the month. Regatta Storica is a Venetian tradition that dates back to the 13th century. This event is a celebration of the famed Venetain boatman, otherwise known as gondolieri.

Regatta Storica is divided into two parts:  a historical water ceremony and a series of gondola races. The historical water ceremony led by The Serenissima, parade up the Grand Canal before the race. On the historical ship costumed rowers carry the Dodge, the Dodge’s wife and other high ranking officials, followed by a colourful parade of 16th century boats. The regattas that follow are held in the Grand Canal. Each race is divided by boat type and age-group as children and adults compete in gondolas from different centuries.

You can watch the regattas from a private boat or from a floating stand set up on the Grand Canal. Book your tickets here.

The southern Tuscan town Pienza is well known for its pecorino cheese, locally known as cacio. 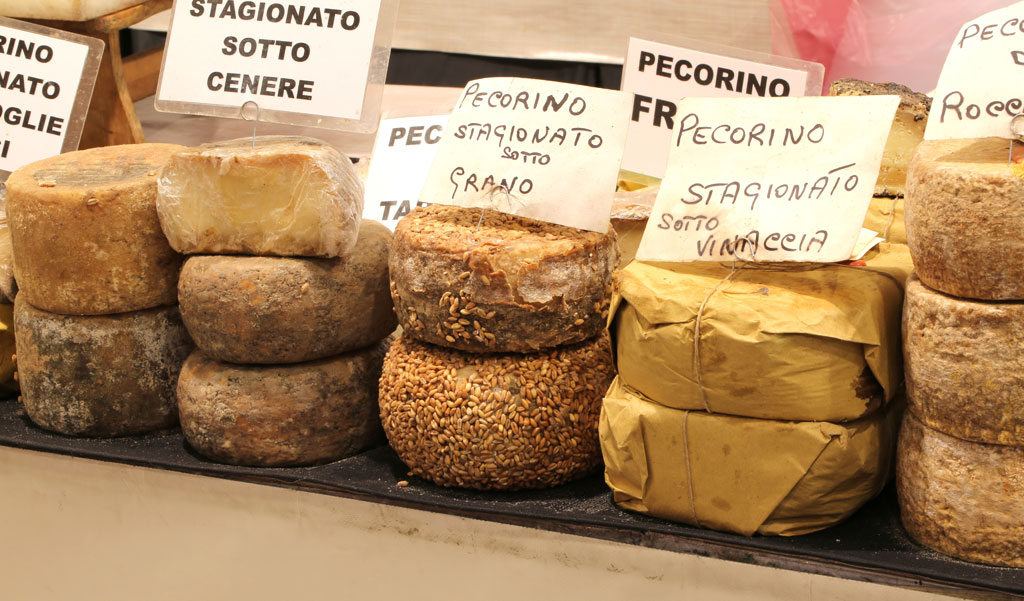 Over the first weekend of September, cheese-makers celebrate their local delicacy with a cheese festival. The main attraction – a traditional folkloric game known as the Palio del Cacio Fuso, is not to be missed. The cities four neighbourhoods have to roll a wheel of cheese the closest they can to the target, called the fuso (or wooden spindle), which is placed in the gap between two bricks in the town’s main square.

May the best cheese win! 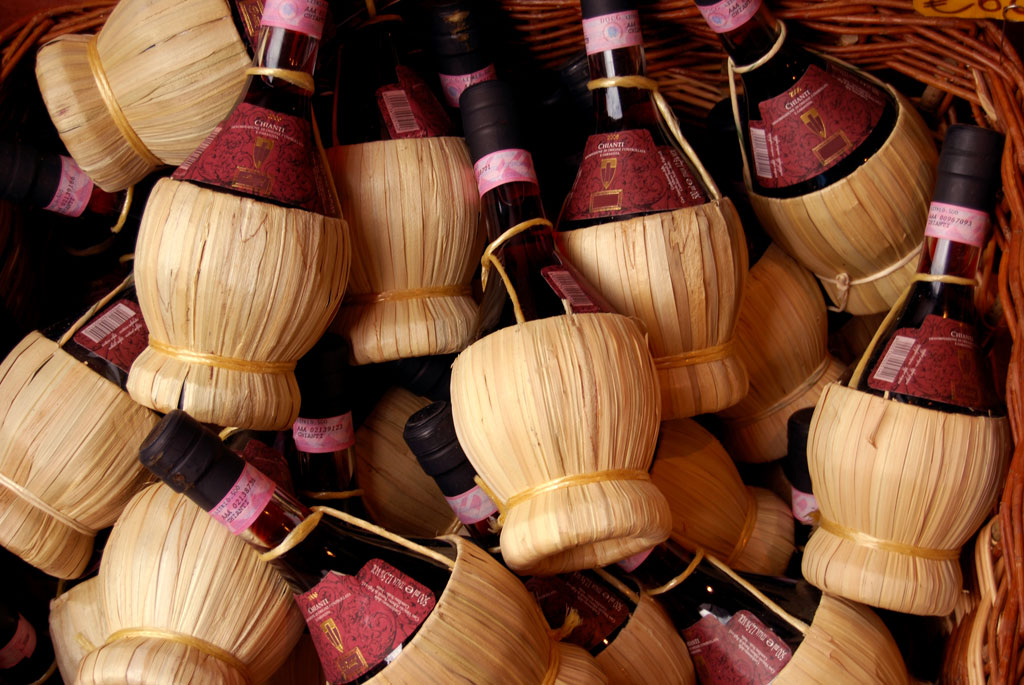 As the farmers prepare for the vendemmia (harvest), Piazza Matteotti in Greve in Chianti becomes a wine hub. Over 45 Chianti Classico wine producers exhibit their wines for sell and tastings.  Buy a wine glass for the price of 10-15 euros, and taste up to 8 different wines.

Festa della Rificolona is one of Florence’s oldest festivals from the 12th century, which celebrates Jesus’ mother Maria’s birthday.

On the eve of her birthday, participants meet in Piazza Santa Felicita with colourful paper-mache lanterns, known as Rificolone. The city shines with thousands of lights as a procession winds its way through the city to Santissima Annunziata.

Celebrations take place throughout the evening into the early morning as the cities streets and squares are flooded with performances, food stalls and live music.

Each year Lucca hold a religious festival which dates back to the 8th century. The main feature and star attraction is the holy candle lit procession.

Legend has it that a medieval monk brought a wooden crucifix known as Volto Santo from the Holy Land to Lucca. On the 13th of September, the Luminara carry the wooden crucifix around the streets of the historic centre, illuminated by thousands of lights and candles. Once the procession reaches the Cathedral of Saint Martin a concert takes place in which a traditional Mottettone — a composition consisting of a two melodies and instruments, is played.

Burano Regatta is considered a rematch of the Regatta Storica. Competitors from the historical Regatta have a second chance at claiming victory.

The regatta takes place in front of Burano — an island in the Venetian lagoon known for its brightly coloured fisherman’s houses. Like the Historical Regatta Burano Regatta is divided into three categories, where children, women and men compete.

Make sure to stop by a local restaurant for a plate of fried fish.

Born in 1928, during an economic crisis, Festa dell’Uva (Grape festival) is intended to promote the consumption of grape. Back in the day local farmers would travel across Tuscany to Impruneta on their oxen and cart to exhibit their products. What became tradition and still is the main attraction of the festival, is a competition for the most elaborate and creative cart.

In September the four districts of Impruneta build their individual carts,  which are then showcased in a parade in the town’s main square, Piazza Buondelmonti. If you are staying in one of our villas near Florence pop down to enjoy all the different activities throughout the day, including a local market, dancing, live music, and theatrical performances.

The hamlet of Bacchereto just 20 km’s from Florence, host a food festival dedicated to their local delicacy – Figs. From starters to desserts, explore all the combinations and flavours you could possibly imagine using Fichi (Figs). 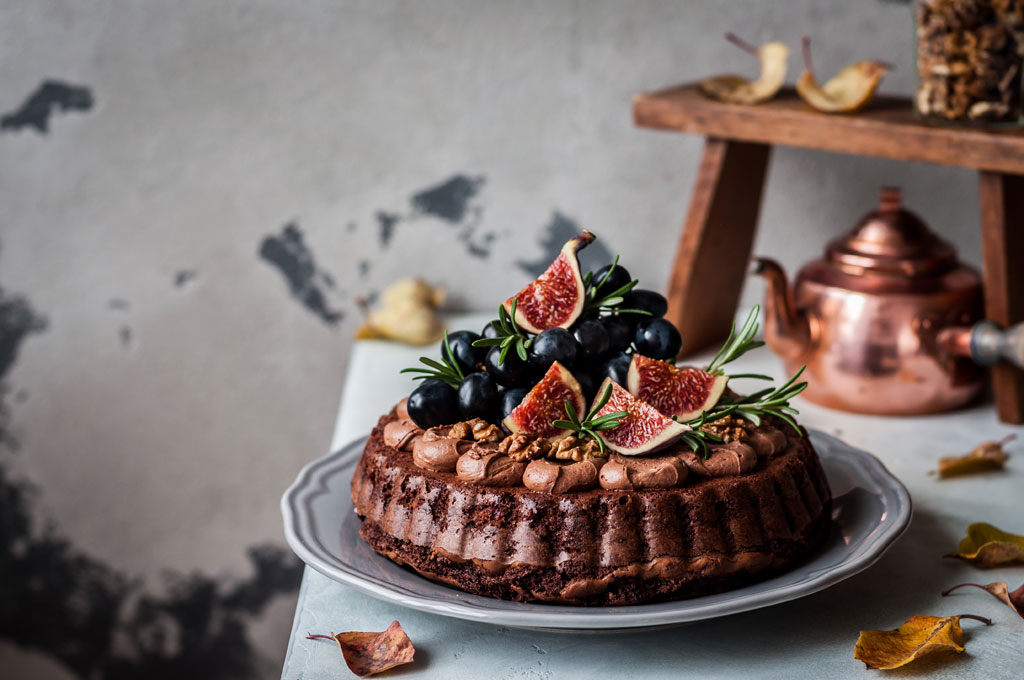