Few places conjure up images as vivid as the two greatest cities of north-eastern Italy, Venice and Verona. Italy’s magical floating city spreads beyond the Grand Canal and San Marco, covering several islands in its lagoon.

You can blame Verona’s reputation for romance on Shakespeare’s star-crossed lovers, but there’s also much more (and genuine) history in its Roman ruins and Gothic architecture.

Venice’s art traditions separate it from the rest of Italy — painters and architects here looked east, to trading partners in the Mediterranean, as much as to the mainland.

The Basilica di San Marco (St. Mark’s) is an exuberant fusion of Byzantine and Gothic styles, inside and out. You can admire (and photograph) the palaces of the Grand Canal from a vaporetto, or explore the city’s many secret waterways in a gondola or kayak. 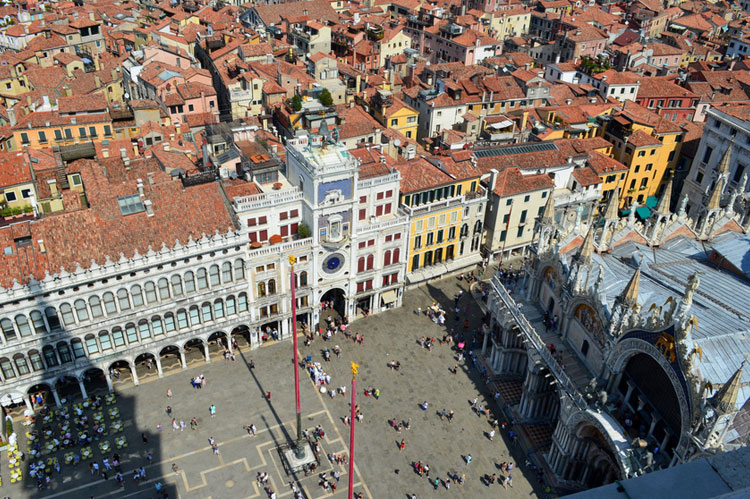 The museums and scuole (“schools” or guilds) of Venice display works by some of Italy’s finest painters. Visit the Accademia for Titian and Carpaccio, and the Scuola di San Rocco for Tintoretto paintings that took two decades to complete. Italy’s most influential architect, Andrea Palladio, designed Venice’s great churches of San Giorgio Maggiore and Il Redentore.

Venice also has a fine musical heritage. Composer Vivaldi was Venetian, and in the Teatro La Fenice it has one of Italy’s marquee opera houses. Verdi’s operatic masterpieces Rigoletto (1851) and La Traviata (1853) both premiered at La Fenice.

This magical floating city spreads beyond the Grand Canal and San Marco, covering several islands in the lagoon

The spiritual home of Venetian food is its fish market, the Mercato del Pesce close to Rialto Bridge. Catch from the lagoon, the Adriatic, and further afield start their day here, en route to the tables of city restaurants.

Venice also has fine wine on the doorstep: white Soave and the reds of Valpolicella, including thunderously concentrated, almost black Amarone della Valpolicella.

Some of Italy’s most sought-after olive oil oozes from the presses along Lake Garda’s eastern shore. The Garda Orientale DOP mark on the label is a reliable indicator of quality.

A vaporetto (water taxi) can take you from San Marco to explore quieter, outlying islands such as Murano (famous for its glassmakers), Burano (for lace), and Torcello, where the lagoon’s oldest building has stood since the 7th century.

On Lido is a long stretch of sandy beach.

Out of Town: Verona

Verona is wedged between the vine-clad hills of Soave and the shores of Italy’s largest lake, Lago di Garda. Verona is the fictional home of Romeo and Juliet, and “Juliet’s Balcony” is a magnet for romantics. There is nothing romantic about its fortified medieval Castelvecchio or the bloody history of its preserved Roman amphitheatre, the Arena di Verona. 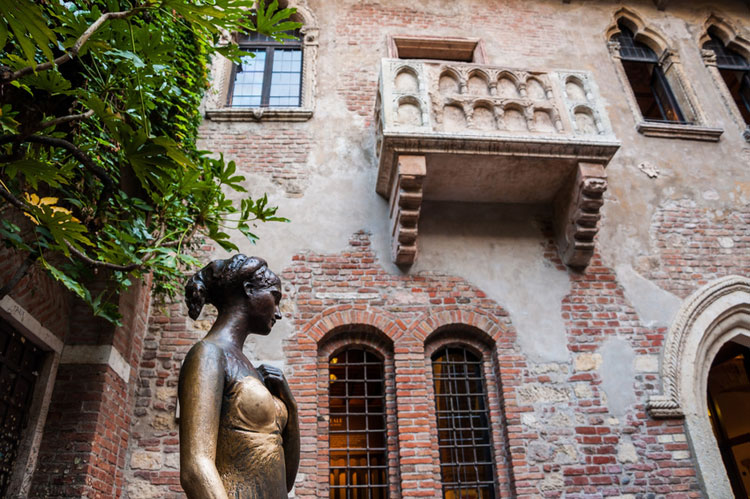 Open-air arias shake the walls of the amphitheatre all summer long during the long-running outdoor opera festival — Italy’s largest.

Please let us know your needs and requirements and a member of our experienced sales or concierge team will get back to you immediately.

> Send us an enquiry

Tuscany Now & More® Ltd act as principal in the sale of accommodation but at all times act as an agent on behalf of the supplier of the experiences listed on this website. If you make a booking for holiday experiences / extras with us, your contract for the provision of the experiences / extras will be with the supplier. The services offered on this website are available to be purchased separately as well as together. To help you to identify which element you would like to book, prices on our website are listed by element; the price charged in total for the booking of more than one element will always equal the prices charged separately for each individual element. This means that any multiple bookings do not constitute a package as defined in the Package Travel, Package Holidays and Package Tours Regulations 1992.

Our weekly newsletter has special offers, exclusive discounts, profiles of our most popular villas, and relevant marketing material. It's full of ideas and inspiration for your next trip to Tuscany & Italy (and if you don't find it stimulating you can unsubscribe anytime).