Most of what we eat and drink has a story. Our dining tables are like history books, rich with tales of love, war and revolution. Just think of Tuscany’s saltless bread — a result of a XII-century dispute between Florence and Pisa, or Italy’s famous Italian dessert Tiramisù — which means ‘pick me up’ as a result of the energy it gives you (mind you, some also say it’s due to it’s aphrodisiac qualities!).

In other words, food and drinks become even more exciting and palatable when we learn of their history. Perhaps this is why Chianti Classico embodies such excellence and tradition. In your glass lies more than just fermented grapes and alcohol; it is filled with centuries of wars, disputes, legends, discoveries and devotion.

Our series “A Beginners Guide to Chianti Wine” began with an introduction on the renowned Chianti wine and territory, highlighting the differences between Chianti and Chianti Classico. As we continue this journey through Chianti’s wonders, we will look at the history behind the Chianti Classico DOCG and it’s classification.

The History of Chianti - A Timeline of the Main Events

Being a fertile land, the Chianti territory has been inhabited and cultivated since antiquity. The Etruscans and Romans harvested wine grapes in the Chianti, but it was not till the Middle Ages that this territory became of prominent interest. Since then the history of this region and that of its wine are highly interwoven.

Florence forms the Chianti League to protect the territory from continuous attack. Chianti has been the arena of nearly two centuries of dispute between Florence and Siena. Gaiole, Radda and Castellina in Chianti make up the three strongholds of the league, represented by the symbolic black rooster.

Believe it or not but early documents from this time period show Chianti as a white wine — little did they know that their wine would come a long way and become one of the world’s renowned red’s.

By the end of the 17th century, Chianti is being exported to England. Duke Cosimo III introduces a regulation to protect the wine, delimiting the area where the Chianti wine can be produced. 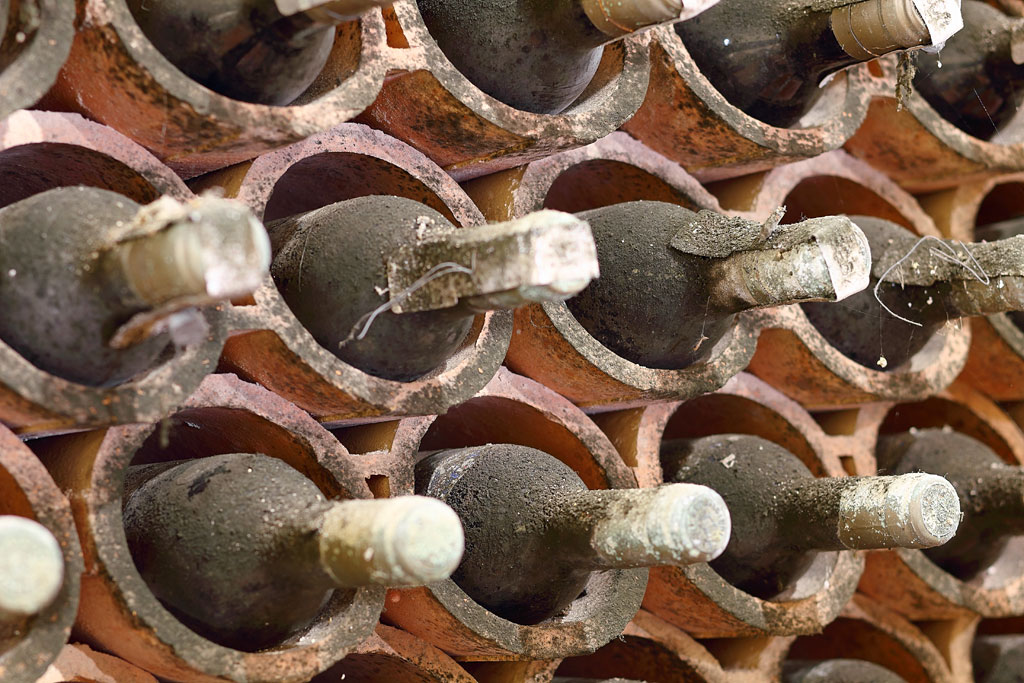 The formula for Chianti wine is defined for the first time thanks to the work of the Academia dei Georgofili and Bettino Ricasoli. They discover that blending Sangiovese with Canaiolo, helps soften the strong notes of this noble grape variety.

Chianti wins the gold medal at the international expo in Paris in 1867.

Post-war economic boom and techniques of mass-production challenge the quality of Chianti wine.

With a return to quality, Chianti becomes DOCG and has stricter regulations.

The Chianti Classico 2000 project aims to find the best clones and methods for producing Sangiovese.

Gran Selezione denomination is added to the Chianti Classico DOCG family — a highly prestigious classification for Chianti, produced using only grapes exclusively from the winery's own vineyard.

The Classification of Chianti - Chianti DOCG vs. Chianti Classico DOCG

To understand the classification of Chianti wine you need to visualise a pyramid. At the bottom of the pyramid there is less a focus on quality and regulations, and more on the quantity of production. While if we move to the top of the pyramid, this is where the real magic happens. 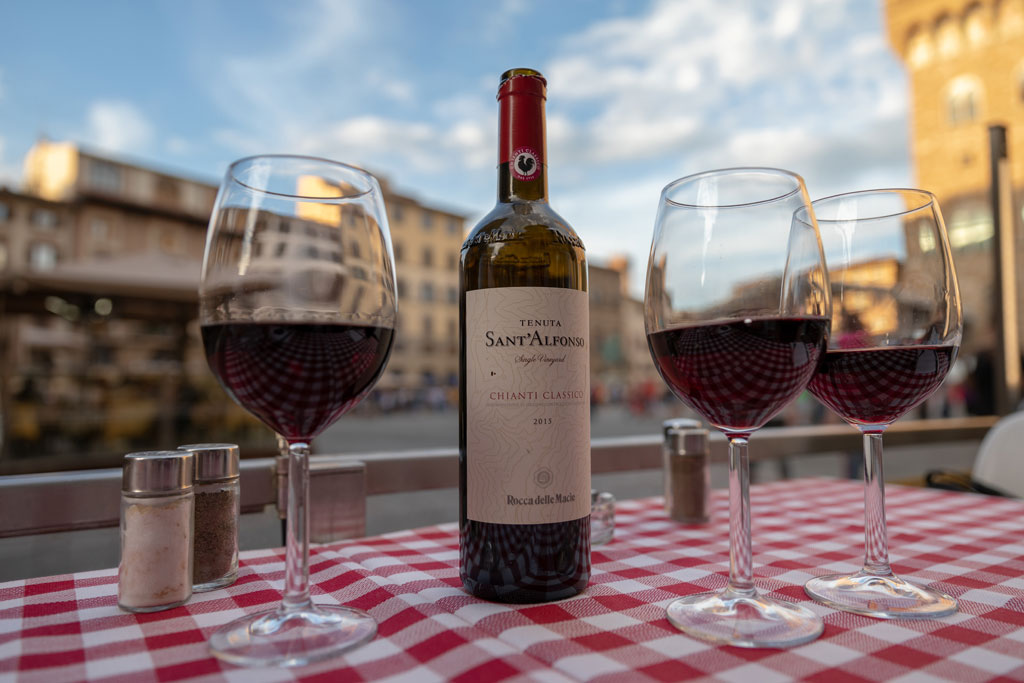 Starting at the very bottom there is the generic Chianti appellation which has no specific area of production. The grapes can be from anywhere in the broader Chianti region. The wine needs to be at least 70% Sangiovese and requires a minimum of 10% ABV (alcohol per volume).

Chianti Classico Riserva: One step higher we find the Chianti Classico Riserva. Maintaining the same aromas of cherry, plums and violets, this Chianti is more structured than the Annata. The wine needs to be at least 80% of Sangiovese, with a minimum 12.5% ABV, and needs to undergo 24 months of ageing (three of these months in the bottle).

Chianti Classico Gran Selezione: This is the best quality of wine produced in Chianti, and therefore at the top of the pyramid. Gran Selezione has fruity aromas and a dry and balanced finish. The wine needs to be minimum 80% of Sangiovese (grapes must be all estate-grown), with a minimum 13% ABV, and needs to age for 30 months (three of these months in the bottle).

Keep reading
A Beginners Guide to Chianti Wine: Part 1 Chianti vs. Chianti Classico Chianti's Famous Wine 5 niche Tuscan wines & how to pair them Traditional Tuscan Cuisine: Tuscany’s Saltless Bread The Best Types of Cheese to Try When You Are in Tuscany
Browse all our villas in Chianti
Like
Share
Follow
Previous article
Next article